A conversation with his grandfather led to a plan to collect all of the air-cooled RS models. Today his garage is like a museum.

Whether it’s pictures on the wall, automotive exhibits, or Dirickx’s Porsche collection, his passion radiates every color of the rainbow.

The Belgian has installed special platforms in his garage to ensure there’s enough space for all of his Porsches.

Dirickx’s garage houses more than just vehicles. Though few in number, the spaces without cars are equally interesting.

"Johan, what kind of car do you think I should buy?” asked Jim Delwiche, looking at his ten-year-old grandson. He then narrowed down the choices: “A Porsche or a Corvette?”

Little Johan-Frank Dirickx’s answer would have a lasting impact on his life. “My grandfather drove a British sports car – but didn’t feel it was practical for everyday use,” says Dirickx. “That moment would change everything.” Anyone who’s visited Dirickx’s collection in Antwerp, Belgium, knows at once which sports car manufacturer he ultimately chose. The spacious, brightly lit garage houses around 50 Porsche models, all lined up neatly on special platforms.

It was his grandfather who first began purchasing the cars, guided by his grandson’s instinct. “The first 2.0-liter 911 Targa S was followed by a 2.2-liter 911 S and then a 2.4-liter S,” recalls Dirickx. “When a bright-yellow Carrera RS 2.7 joined the ranks, I realized I was officially addicted to the 911.” The big moment came when Dirickx passed his driver’s test – and was given access to the ignition keys. If he’d required such a thing, this moment could be referred to as the initial spark. But it was, in fact, the ultimate confirmation of true 911 love. A love that led Dirickx to acquire his first 911 at the age of 18 – a used 911 T. But without a budget for restoration, he had to sell it again soon thereafter. Dirickx had little choice but to enjoy his grandfather’s vehicles during his studies in economics. “I’ll never forget the time I drove the 911 Turbo on the streets of Antwerp, which at that time were nearly empty.”

And that’s also why you’ll find two 911 Turbo (type 930) in his garage: a 3.0 and 3.3 – in the ideal condition. They perfectly symbolize one aspect of Dirickx’s philosophy: “A car needs to be kept in its original condition – with the patina it’s developed over time – or it needs to be restored to perfection.” According to Dirickx, you can’t restore patina. “But it should be maintained wherever possible.”

Dirickx perfected this philosophy when he kicked off his career. At the age of 33, he purchased another 911 – a 964 RS in Rubystar – this time for keeps. The two letters RS were important, as driving his grandfather’s RS 2.7 formed the basis for Dirickx’s appreciation for lightweight design. “Although, it’s actually an anachronism for spending more on less car,” says the collector, grinning. “But the 964 RS embodies the true spirit of a race car.” The desire for this attribute would ultimately never wane. So he went in search of the object that once formed the foundation for his love of the lightweight car. “After 30 years, I found my grandfather’s old RS just outside Barcelona,” says Dirickx. “But it had been destroyed. The owner had had it restored on the basis of a 911 T body – it was no longer the RS that I remember.” However, that didn’t extinguish his affinity for the RS. He now has two of the coveted cars in his collection, one of which is the very rare RS 2.7 homologation lightweight.

But the star of his garage is a white 911 R from 1967, of which only 20 were built. “The holy grail,” says Dirickx. “Unfortunately, it’s so valuable, that you really shouldn’t drive it anymore.” The collection primarily consists of lightweight vehicles. With the exception of an IROC RSR, his plan to own all of the air-cooled RS models has been a success. “I now also have the RS 3.0, the 3.0 RSR, and my recently acquired 934,” he says. “I even have two 911 SC/RS models. There were only 20 of those made.”

Dirickx also owns some water-cooled Porsche models, of course, including a 911 GT3 RS (type 996) and the 935 (2019), whose body is inspired by the 911 race car christened Moby Dick from the late 1970s. But he does have something in common with so many of the collectors: “I love the air-cooled, lightweight, early race cars, which are more difficult to drive, but are endlessly fascinating.”

The Belgian can also drive his cars the way they were meant to be driven – he has competed in 12 Hours of Sebring, Le Mans Classic, and twice in 24 Hours of Daytona. But he enjoys the rallies more. And drifting: “In the winter I practice on frozen lakes in Scandinavia,” he explains, turning an imaginary steering wheel in his hands. And if you look more closely, you’ll see his foot softly applying the gas pedal.

Would you like to see more of what Johan-Frank Dirickx has inside his garage? The Belgian provides an exciting look inside on his Instagram channel: https://www.instagram.com/911_motorsport/ 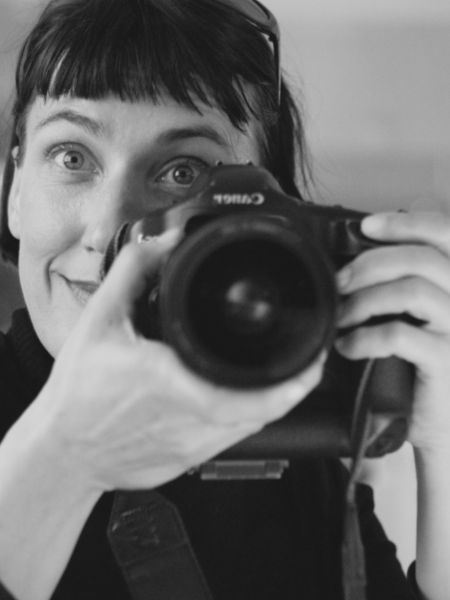