The finest Arabica creations are served at an extraordinary coffeehouse in Dubai, surrounded by a variety of exclusive Porsche models. An appointment with delectable samples in the Middle East.

Let’s begin with a brief onomatopoetic exercise: pronouncing the word DRVN out loud. Start with a soft, sonorous D, then roll the R gently, allow the V to vibrate across your lips, and pronounce the N with a lingering hum. And don’t forget to put a little extra oomph into it. What does it sound like? Exactly. It’s reminiscent of the incomparably powerful sound of a Porsche – wonderfully dynamic and energetic, driven by passion.

“No other name would do,” says Rashed Al Fahim, the founder of DRVN, which is a unique mix of a coffee shop, an automotive gallery, and a concept store in Dubai. In fall 2021, the 31-year-old businessman from Abu Dhabi opened the coffeehouse on Bluewaters Island off the coast of Dubai Marina. Located just a stone’s throw from the Dubai Eye, the world’s largest Ferris wheel, the unique attraction soon caught the attention of the sports car manufacturer based in Zuffenhausen, which entered into a partnership with Al Fahim. Now the cafe name features the “by Porsche” add-on.

And you can see exactly why on the inside, where classic Porsche models are exhibited in glass boxes, surrounded by lounge areas and espresso machines. In a matter of weeks, DRVN by Porsche developed into a popular destination for tourists and expats alike, attracting up to 800 guests on good days.

DRVN by Porsche is an innovative mix of coffee shop, showroom, and fan store.

They come because the location is like no other. “I wanted to create a space where I can combine my passion for fascinating cars and sensational coffee,” explains Al Fahim smiling. He’s standing in the gallery of his coffeehouse with its black industrial interior. Behind him, a large display case contains a cream-colored Porsche 356 from 1956, one of three alternating Porsche icons always on display in the boxes. “Life is short,” says Al Fahim. “If you’re passionate about something, you should pursue it.”

His passion for extraordinary cars was essentially passed down to him by his father, who is an avid collector of classic cars and has more than 100 of them in his own collection in Abu Dhabi, just an hour’s drive away. Rashed Al Fahim has two Porsche 911 GT2 RS models of his own (type 997 and 991) and is in the process of having a 911 (type 964) from 1990 restored. “For me, the brand is a unique mix of perfection, tradition, and dynamism,” he says.

Coffee is Al Fahim’s second passion. And there’s good reason for that too: “Coffee has been a part of our hospitality for centuries,” he says. In fact, the word itself comes from the Arabic “gahwa.” The beverage is so important to the local culture that the United Arab Emirates, Saudi Arabia, the Sultanate of Oman, and Qatar had Arabic coffee added to the UNESCO representative list of Intangible Cultural Heritage in 2015. Coffee culture is celebrated differently in these countries than in the West. In many places, select green coffee beans are still roasted by hand in pans and drums and then ground and brewed in a dallah, coffeepot. The serving ceremony follows clear rules: the host always holds the pot with their left hand and, with the right, presents the finjan, the cup, which is only filled a third of the way, serving the most important or oldest guest first. Coffee is enjoyed with dates or other sweets.

The smell of freshly roasted coffee beans is also one of Rashed Al Fahim’s childhood memories. His grandmother used to roast the hand-picked green coffee beans herself over a fire.

“Whenever you enter a house here, you’re always offered a cup of coffee first. Even in the evening,” says Rashed. He still loves this local variant of coffee to this day, which is often brewed with cardamom. “It has a different taste, but it’s wonderful,” he says. Nonetheless, Al Fahim prefers other variations of coffee: a V60 filter coffee or a cup brewed with the AeroPress in the morning, and a flat white, which is a double espresso with a fine-pored layer of milk foam, after lunch.

“I’m a real coffee diva,” he says. At least he has been for some time now. During his degree course in Cambridge, USA, he was satisfied drinking the dark-brown beverage served in paper cups by coffee shop chains. Until one morning a classmate took him to a small cafeteria that served the finest Arabica espresso. “Don’t add any sugar,” his friend said. “You’ll be able to taste more.” Al Fahim took a sip, noting the unfamiliar flavors: nuances of nut and chocolate, not a hint of bitterness or acidity. It was a key moment that resulted in Al Fahim dedicating himself heart and soul to his personal study of coffee culture. He purchased an espresso machine, experimented with different beans and degrees of grinding, and developed into a real expert.

Coffee has always been a key part of Arabic hospitality.

Once he was back home, Al Fahim was introduced to coffee connoisseur Dmitriy Griekhov, who ran a cafe in Dubai  and had already won numerous barista championships. Al Fahim had also completed his pilot training with the Emirates national airline by that time and made a practice of stopping by Griekhov’s cafe before every flight. “I couldn’t enter the cockpit without first drinking an espresso at his cafe,” he says. “Because I knew, once I was in the air, the coffee would taste terrible in comparison.”

The two of them are now business partners in DRVN by Porsche. To start with, they were on their own with their idea of establishing a location for cars, coffee, and culture. “Stick with flying,” Al Fahim’s father told him. “How do you plan to fill such a big space with your personal passion alone?” Many of his friends tried to dissuade him too, failing to see that risky ventures are often fueled by the deepest enthusiasm – regardless of whether it’s inventing the electric wheel hub motor (which Ferdinand Porsche did at the end of the 19th century) or developing an unusual coffeehouse concept. Al Fahim gave up his job as a pilot to turn his passion for coffee into a career with DRVN. “We simply want the best of everything,” he says, getting to the heart of his quality standards. This credo is a given in a city like Dubai, which always strives for the superlative (and even has its own coffee museum). And it’s also a good fit for Porsche, of course. As part of the “Icons of Porsche” festival in Dubai, held for the first time in 2021, the partnership with the sports car manufacturer provided the founder with a series of iconic classics, which were transported from the Porsche Museum in Stuttgart to Dubai, including the Porsche 356 “No. 1 Roadster” from 1948, the Porsche 935/78 “Moby Dick,” and a 911 S 2.2 Targa from 1970.

In a room with glass walls behind the counter, Dmitriy Griekhov stands at the high-tech roasting machine, filling the funnel with green coffee beans before starting the roasting process. He checks the progress of the roasting process every few minutes, which he has defined specifically for each variety. “It’s all about roasting the bean through to the core, without allowing it to darken too much,” he explains. A couple of seconds too many or too few could compromise the flavor.

DRVN by Porsche only roasts Arabica coffee from highland regions. Here you won’t find the less exclusive Robusta beans that many large coffee shop chains use. Al Fahim sources his raw materials exclusively from Fair Trade farms in countries around the world, including Ethiopia, Uganda, Brazil, and many more. Ruby is the most expensive bean at 800 dollars per kilo. Many customers buy it to make at home. In addition to the necessary funds, they usually also have the corresponding coffee expertise, which is important to Al Fahim. “You can’t teach passion,” he says. “But you can encourage people to be open to new experiences.”

Additional information about DRVN by Porsche is available here. 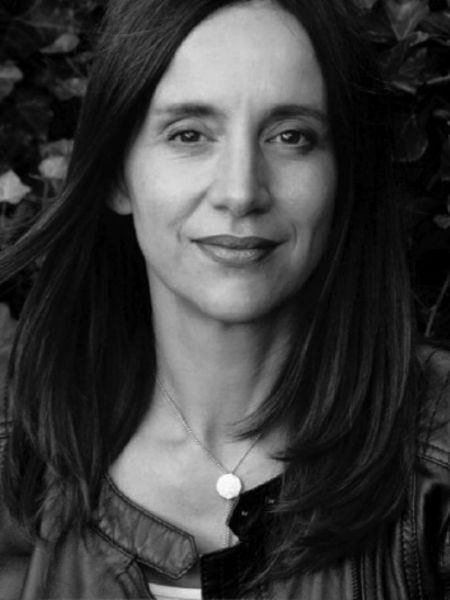 A conversation with his grandfather led to a plan to collect all of the air-cooled RS models. Today his garage is like a museum.

The Racing Line Through the Alps

How does it feel to navigate Europe’s most extreme mountain passes in the slipstream of a dozen cup pilots? The mountain scenery is breathtaking during the first Passion Drive, a new Porsche event format. The three-day tour is all about community among race car drivers who are otherwise rivals.

From the racetrack to the road: the 911 GT3 RS is the youngest descendant of the 911 Carrera RS 2.7 and celebrates its world premiere.