Welcome to the Club

The most recent project of the largest Porsche Club in the world was the result of intercontinental exchange: it is a one-off composition of choice ingredients from different generations of the Porsche 911.

It is the lamentable condition of this Porsche 911 Carrera that made it a non-seller for a dealer in Virginia. A wheel is sticking out, the locking system doesn’t work, and it won’t even start. But it is a type 996 built in 1998. And it is therefore precisely what the Porsche Club of America (PCA) is looking for. Because the club has a plan.

This plan – code name: Project Grey – was hatched in August 2019 in California. The club directors are sitting in a diner with Alexander Fabig, Vice President of Individualization and Classic at Porsche. Over burgers and fries, they come up with an idea that Porsche Cars North America (PCNA) plays a part in, too. “We wanted to create something unique together that would be received enthusiastically,” remembers PCA President Tom Gorsuch. Founded in 1955, the club is one of the oldest of its kind and, with 145,000 members, is also the world’s biggest.

Porsche previously produced special series exclusively for PCA members to mark both the 50th and 60th anniversaries of the club. These 911 Club Coupe series were limited to 50 and 60 vehicles respectively. Under the motto Revive the Passion, Porsche Classic additionally restored a 911 T Coupé together with the PCA in 2011 and raffled it off among club members. Project Grey is designed to extend this tradition while simultaneously sweetening a bitter pill – in 2009, the 911 Sport Classic based on the type 997 and in a limited edition of 250 caused quite a stir, but could not be sold in the USA. The special model lacked US approval for its roof with the lowered center area – the so-called double-bubble roof. “That hurt,” admits Fabig. “We therefore came up with the idea of continuing the story of that model with its predecessor. And it was to be a one-off.” And so the 911 (996) Classic Club Coupe was born.

“We were striving for excellence.” Vu Nguyen

For the purposes of explanation, what was discussed in the diner three years previously was an extremely unconventional aficionados’ menu featuring various 911 generations – a composition of choice ingredients that don’t, technically speaking, go together. And it was the 996 of all things, which was built from 1997 to 2006, that was the most controversially discussed, with what was then a new water cooling system and an unconventional front headlamp design. “We could have made things easier for ourselves, for example had we done without the GT3 powertrain,” says Vu Nguyen, PCA Executive Director. “But we were striving for excellence.” The Classic Factory Restoration facility in Stuttgart therefore reinforced the body in line with the GT3 (996). It was also given the GT3’s exhaust system, nose, rear, and sills. Talking of the rear, the chefs decided on a ducktail, too – as a homage to the rear wing of the 911 Carrera RS 2.7 of 1972. The body part between the rear window and tail was handmade.

Untouched to this day:

A new lick of paint:

Test in the wind tunnel:

A splash of color:

“We obviously didn’t want to do without the double bubble again,” says Fabig, commenting on the roof construction, which is likewise nothing like the original 996. “It was tricky. But we ultimately won the authorities round – that was a project milestone.” The 911 Classic Club Coupe also sports newly developed and hand-forged 18-inch Fuchsfelge® wheels. The PCA’s wishes and the ideas of Porsche Classic added up to some serious challenges. “This incredible car nevertheless looks seamless,” says a delighted Tom Gorsuch. The absolutely one-of-a-kind 911 was developed in collaboration with Porsche designer Grant Larson, who was also responsible for the look of the 997 Sport Classic. It is in Sport Grey Metallic with subtle, light-grey decorative strips bordered in the familiar Club Blue.

Dare to dream and never give up.

“This is such an outstanding project for many reasons, including the many hurdles it had to overcome,” says Larson. “The passion of everyone involved endorses me in what I do at Porsche: we want to make dreams come true.” Fabig states: “With the right team, huge motivation, and a great deal of ambition, we jointly achieved something that seemed impossible.” Vu Nguyen will soon be able to tell the car dealer in Virginia and the club members that Porsche can turn what others can only dream of into a reality. 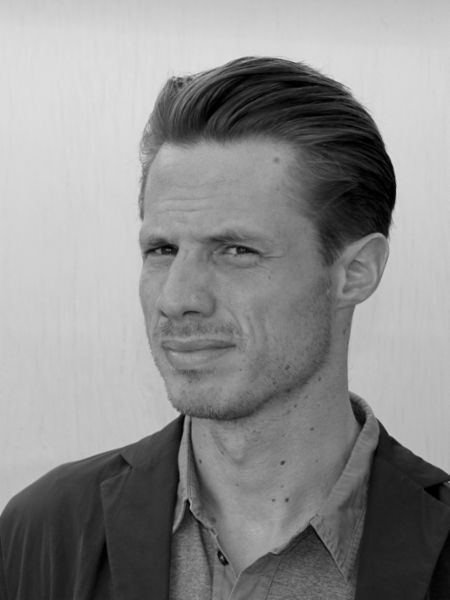 New in Christophorus: exciting recommendations – from e-bikes to roof tents for your Porsche.

“Dreams Are Our Biggest Driving Force”

29 September 2022 is a historic day for the sports car manufacturer from Zuffenhausen: Porsche is going public. In this Christophorus interview, CEO Oliver Blume and CFO Lutz Meschke provide insights into the future of the brand.

Porsche is the product of a dream. This sentence aptly describes what our brand stands for: dreams are at first thoughts; their power is unfolded during their realization. It is our mission to fulfill dreams – as already exemplified by Ferdinand Porsche.