The Diamond of Leipzig

Arrived at the plant: leading production technology from Porsche Leipzig – paired with ecological and cultural commitment. Insights in close-up.

Extending 32 meters into the air, the structure resembles an air traffic control tower from afar. But for most people, the conical shape is reminiscent of a cut diamond, which is how the Porsche plant’s iconic landmark got its nickname. And it’s a good fit, as the diamond embodies a remarkable success story. It only took two years to get from the initial construction work in 2000 to the production launch for the Porsche Cayenne. Built at full speed, the Leipzig plant was quite a risky move for the company, but the architecture is a testimony of courage rather than fear.

At the same time as the first SUV, production on the Carrera GT super sports car kicks off here in 2003, with 1,270 vehicles manufactured by hand. And the immediate success of the Cayenne as an especially sporty off-road vehicle makes it necessary to expand the plant for the first time in 2004, the first expansion of five. The Panamera and Macan models lead to subsequent expansions, and hybridization and the fully electric drive also enter the scene.

New models are continuously integrated into ongoing processes. “We have always included Leipzig in our strategic thinking and development plans,” says Albrecht Reimold, member of the Porsche Executive Board for Production and Chairman of the Supervisory Board at Porsche Leipzig GmbH, a wholly owned subsidiary of Porsche AG. “More electric models are planned here in the future.”

One team, one line, three drives – this motto is visible just about everywhere in the enormous assembly halls. On shirts, stickers, and information boards. Solidarity soars, with minimal staff turnover. Today, more than 550 vehicles a day are produced in Leipzig by 4,300 people. “Our success is primarily down to our highly qualified and motivated team,” says Gerd Rupp who, as Chairman of the Executive Board of Porsche Leipzig GmbH, manages the plant. A thousand state-of-the-art robots support the employees, taking over unpleasant manual work on their behalf.

One highlight is the 321 module, the fully automated “marriage,” which is when the body and the chassis with powertrain tie the knot. The fact that everything that belongs together always ends up together is all down to sophisticated logistics. Driverless transport vehicles glide along induction loops and deliver what’s needed. These little helpers are extremely robust and uncompromisingly punctual and boast famous Porsche racing designs developed with love.

Once it leaves the body shop, the paint shop, and assembly, each and every car is driven on the company’s own test track. “Every customer who picks up their car in person is also given a demonstration on the track,” explains Rupp. “Not in their brand-new car, of course, but in the same model.” Up to 2,800 customers take advantage of this experience every year.

The diamond forms a backdrop to the 3.7-kilometer racecourse, which was designed by Formula 1 circuit architect Hermann Tilke. The 12-meter-wide course with six straights that allow full-throttle bursts of acceleration and six braking points fulfills the requirements of professional motorsport activities and is certified by Fédération Internationale de l’Automobile (FIA). It also features a 2.2-kilometer-long dynamic circuit with surfaces that can be watered for handling and braking exercises.

When construction began on the plant, there was no infrastructure, but there was plenty of space for Porsche to develop. Throughout history, different worlds have collided on the 132-hectare off-road terrain. Now the site of constructive growth, this land was once used for destruction. From the German Empire to 1999, the space was used by alternating regimes for military purposes. Today’s six-kilometer-long off-road track even incorporates former bunkers. The circuit offers 15 modules, including a 100-meter-long water stretch and an extreme ramp with a gradient of 80 percent. The unique terrain transforms vehicle pickup at the plant into an unforgettable event, while the Porsche Experience Center – once a mere customer center – offers ambitious sporty drivers from around the world emotional experiences behind the wheel. Plant tours and first-class cuisine are now also available for visitors who just happen to stop by.

“Fred is entirely indifferent to all of that,” says Rupp smiling. Standing in a pasture in front of the plant, the boss is looking directly at an aurochs, one of 75 that Porsche settled there. Fred feels right at home on the land, which has been carefully restored to its natural state. There are also 25 Exmoor ponies free to roam, three million honeybees, and countless wild animals. “We’re taking responsibility for the environment – inside the plant facilities and beyond,” emphasizes Rupp. While birds, deer, and badgers are enjoying a new home in the picturesque wetlands, production is practicing sustainability with efficient use of raw materials, products, and manufacturing resources as well as process optimization.

The plant has received a great many awards, including numerous prizes for its environmental protection, biodiversity, energy life cycle assessment, and use of resources. For example, it received the Lean & Green Management Award in 2021, selected from among the 250 plants from more than ten countries and 20 industrial sectors that had applied.

The Leipzig production facility is powered entirely with electricity from renewable sources. Its own photovoltaic systems alone deliver up to 5,000 megawatt hours each year. A carbon-neutral biomass plant installed directly on-site covers 80 percent of the paint shop’s heat requirements. The entire plant is already carbon-neutral on balance and should soon be classified a Zero Impact Factory, which is a production facility without a carbon footprint.

“I’m especially proud of our training center,” says Rupp, changing the subject. “It’s wonderful to see young people preparing for the future here.” Measuring 1,600 square meters in size, the expansion opened its doors in time for the 2021/2022 training year. Professional training on-site has grown too over the past two decades – from five trainees at the grand opening to the 120 beginners today. They come to stay, due in part to the philosophy that lifelong learning is key to success. Trained specialists regularly return to the training center for additional training.

Working for Porsche is viewed as prestigious in Leipzig. The company provides jobs and attracts tourists from all over the world to the exhibition city with its selection of experiences. The sports car manufacturer supports the famous Gewandhausorchester in Leipzig as well as benefit concerts and creates cultural events for everyone to enjoy. This year’s cultural program included Wagner 22, an opera festival honoring composer Richard Wagner, who was born in Leipzig. In terms of sports, Porsche is continuing its yearslong Turbo für Talente youth initiative with RB Leipzig, the 1. Bundesliga soccer club. “When it comes to education, we tend to support socially disadvantaged children, youth, and students with training programs at the plant and with university scholarships,” explains Gerd Rupp. The company has also maintained its own management endowment chair at HHL Leipzig Graduate School of Management since 2013. “We’ve established ourselves here,” says the plant manager. “We receive a lot, but also give a lot back to the location.”

“Our success is primarily down to our team.”

The making of a metal coat: A look inside the body shop reveals the attachment line, where the skeleton made from steel and aluminum receives its doors, wings, and hood.

A change in direction: Four production stages are positioned next to each other in this phase of assembly, and the body passes through all of them. Work begins in the interior, which includes the seats, cockpit, and wiring harnesses.

Temporary separation: In one of the first production stages of assembly, the doors are removed to be processed separately and are then reunited with the corresponding body. The doors wait to be used here in this space above assembly.

Please turn: The body is turned 90 degrees to the side to enable ergonomic work on the underbody for fitters.

Robotic colleague offers a hand: The windshield and rear window are glued in place fully automatically. Most of the other work in assembly is done by hand.

550 vehicles
That’s how many Macan and Panamera models are manufactured at the Leipzig plant every day.

88 percent
The majority of the vehicles are left-hand drive models. The global supply comes directly from the location with rail access.

3 shifts
Work is carried out in shifts 24 hours a day, Monday to Friday. The production lines usually do not operate on weekends.

18 percent
Sports seats are one of the most popular options customers choose and can be found in nearly one-fifth of all vehicles.

1,000 robots
The Porsche plant in Leipzig uses special state-of-the-art robots, which simplify work for the employees.

430 individual parts
The components in the Panamera’s body are joined using mechanical and thermal processes. 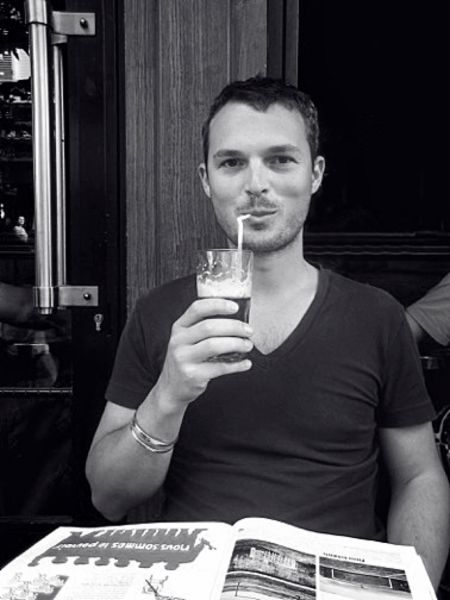 Editorial: There’s No Continuity without Dynamism

The first issue of Christophorus appeared 70 years ago. An innovative idea creatively implemented. A look back at an icon in the making.

Because he’s turned off by all of the attention, he once even avoided the third World Rally Championship. Nonetheless, we’d like to take this opportunity to wish him happy birthday – he turns 75 on March 7. In Leipzig, a city that’s special to him.

Welcome to the Club

The most recent project of the largest Porsche Club in the world was the result of intercontinental exchange: it is a one-off composition of choice ingredients from different generations of the Porsche 911.