Long after the digital revolution runs its course, sports cars from Porsche will still be the expression of a special approach to life. On the irrepressible nature of individuality and the luxury of driving oneself.

It was Bill Hickman, a stunt man and James Dean’s driving coach, who gave the Porsche 550 Spyder its name: Little Bastard. Although Dean only appeared in three movies, the shy and sensitive actor was quickly idolized by a new generation and became one of Hollywood’s cult figures. He was viewed as a younger and more dynamic Marlon Brando, a symbol of silent revolt who represented the anger felt by many young people. Beyond the screen, Dean was passionate about his cars. Especially about Little Bastard, in which he had a fatal accident at an intersection near Cholame, California, on September 30, 1955.

Dean represented a new way of life, an attitude that had left the rigid 1950s far behind. He yearned for freedom, and for rebellion, but without any aggression. This gave him an unusual aura, one that could never quite be put into words. It lent him a coolness and an elegance that few of his contemporaries could command.

Even before acquiring the 550 Spyder, Dean was one of a small number of Porsche drivers in the United States. He had already entered races in his 356, a 1500 Super Speedster.

He traded that car in and paid an additional seven thousand dollars for the Spyder. He put the new car into the capable hands of George Barris, the automotive designer who would later give shape to many of Hollywood’s famous vehicles, such as the Batmobile and K.I.T.T. from the TV series Knight Rider. But then tragedy struck: just a few days after buying the 550 Spyder, Dean left this world. Yet his legacy has remained. James Dean in his Porsche—that was and is an item, an attitude, a style.

In the 1970s Steve McQueen became an iconic figure in connection with Porsche. In his own inimitable way, of course. Not deliberately but intuitively so, simply because the Porsche 911 fit in with his life. One of “Mister Cool’s” cars was a slate-gray 911 S. It answered his hunger for vibrancy and intensity. That desire wasn’t compatible with a typical Hollywood lifestyle. McQueen wasn’t interested in the conventions of the movie industry. He rarely gave interviews, shunned parties, hated tuxedos, and preferred racing motorcycles to castings. Nor was he interested in comfort, in the sense of a cushioned existence. So he chose a Porsche 911 to rev up his life. “Racing is life. Anything that happens before or after is just waiting,” is one of his famous lines from the movie Le Mans.

A hero with weaknesses

Among the greatest Porsche enthusiasts, one occasionally finds individuals who strive to push the limits, and desire to look elegant while at it. That wish is by no means restricted to men. Designer Jil Sander, founder of a revolutionary cool look for women, drove Porsches in the 1980s. As did tennis star Martina Navratilova.

And of course Kate Moss, supermodel of the 1990s. Friends gave her a black Porsche 911 for her fortieth birthday. They were aware of her weakness for rock ’n’ roll stars and their often excessive ways of life. And they knew that Moss wanted to achieve precisely that look in a Porsche. She perfectly captured the image of a new type of woman: independent, confidently stylish, and no less eager for adventure than a man. She drove the 911 in casual attire: black skinny jeans, black suede boots, and a black leather jacket.

The 2000s saw the definition of a new type of man at the wheel. We need only mention Hank Moody, played by David Duchovny, who drove his one-eyed Porsche 911 Cabriolet through the streets of Los Angeles in the TV series Californication. And there it is again, the merging of a driver and his car. The Porsche 911 in this series resembles its owner Hank: it’s a little run-down, beat-up, and still looks good even when unwashed. It has a heart and soul, like Moody himself. And even as Moody runs through Venice in a disheveled state and torn jeans, we recognize a new type of hero in him. A hero who’s aware of his weaknesses and doesn’t attempt to hide them.

Obsession as a driving force

Something similar is involved in the case of Porsche collector Magnus Walker. With his dreadlocks and long beard he seems the antithesis of many a Porsche collector. A native of England, he emigrated to the States as a student, landed in Los Angeles with just a few dollars in his pocket, and proceeded to make his fortune customizing clothing. At some point he applied these skills to the 911s in his workshop. Like Walker himself, his efforts were strictly underground. Yet the results have made him a pop star among Porsche collectors. Why? Not only because he owns a lot of Porsches, but also because his obsession is a driving force.

Actor Patrick Dempsey, who has driven Porsches in numerous races, has a philosophical take on his own collection. “Porsches are very appealing to me because the car combines male and female energy in equal parts. I also think that a Porsche embodies modernism. The first Porsche showroom in the U.S. was designed by Frank Lloyd Wright.”

The notion of reconceptualizing modernism through Porsche also preoccupies Richard Phillips, a Porsche fan and artist. In the Hamptons he watched a musician install a recording studio in his Porsche. “I thought that was brilliant. Thinking about art while you drive is like painting in your head.” And not only that. Phillips’s sports car is a Porsche 911 Turbo in Grand Prix White—an aesthetic presence and integral part of his everyday life as an artist.

For tennis star Maria Sharapova, a 911 is more than that. It gives her the sense of being a modern feminist. “It has something to do with being wild, being a woman, and having power. It’s a great feeling.” This feeling is familiar to many Porsche enthusiasts—a Porsche as the crystallization of living life in a way no one else does.

This feeling also has something to do with the luxury of driving oneself, which should continue to be the case for Porsche. A Porsche without a steering wheel? “A Porsche will always be a car that you want to and can drive yourself,” says Lutz Meschke, deputy chairman of the Porsche AG Executive Board and member of the Executive Board for Finance and IT. “Driving yourself will hopefully remain the most important thing about a Porsche for a long time to come. A Porsche sports car will be one of the last automobiles to have a steering wheel.”

Perhaps that will be yet another way in which Porsche stands out from the competition in the future—the exclusive quality of driving oneself. The steering wheel as a new definition of luxury.

For more than thirty years, Porsche Exclusive Manufaktur has been refining and customizing cars with meticulous attention to detail. In an age of digitalization and rapidly changing technology, ever greater significance is being placed on individualization. Right now there’s a trend toward historically based designs.
Many customers seek a modern car with the visuals of their “old” 911 or of an iconic vehicle from the past.
For more information, visit: porsche.com/exclusive-manufaktur

Celebrities and Porsche, a love story

These stars are driving Porsche.

No machine can match the sensitivity of the highly complex tools that Porsche uses: people's hands. Intuition and a high degree of sensitivity are essential when cutting, sewing, painting, polishing and adjusting in order to ensure that the materials are handled with the required level of care and to create a unique car that is designed specifically for you. And only you.
https://www.porsche.com/usa/aboutporsche/principleporsche/exclusiveness/ 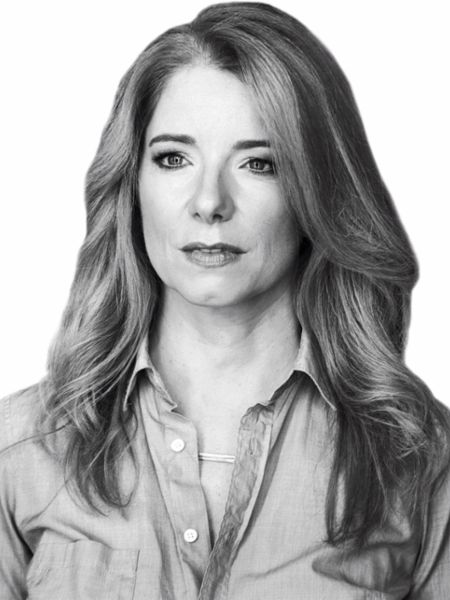 The journalist has written about any number of stars. She lives in California, where the concentration of sports cars is especially high.