Porsche Destination Charging means recharging in desirable locations. For the battery as well as for the driver and passengers—both culinarily and culturally. A pleasure jaunt across France en route to Le Mans in a Porsche Taycan.

The sun is already hanging low over the horizon and bathing the hills of Champagne in a golden late summer light, as the Porsche Taycan glides silently over the natural cobblestones of the driveway. The Royal Champagne Hotel & Spa in Champillon is a five-star hotel in the Porsche Destination Charging network. Beautifully situated amid gently rolling hills and quaint villages, the large window fronts, light oak floors, elegantly patterned fabric wallpaper, and stylishly furnished lounges of the modern grand hotel invite visitors to linger and enjoy. Hurui Issak steps out of the car and enters the brightly sunlit lobby. The project manager of Porsche Carrera Cup Deutschland is expected by the concierge. The friendly monsieur takes the key and promises to hand over the Taycan fully charged and ready to travel the following morning after breakfast.

Issak steps onto the terrace, looking out over the vineyards in the evening light. So this is where they ripen, the grapes that people in London, New York, São Paulo, and Tokyo dream of. In the hotel’s Michelin-starred restaurant Le Royal, guests can sample contemporary interpretations of timeless delicacies beneath the coquettish gaze of one of the artfully arranged oil paintings of Napoleon’s erstwhile courtesans. And for the next day’s start, the infinity pool overlooking the vineyards is the perfect place to begin. Just a few more laps before getting back behind the wheel refreshed. And the all-electric companion is waiting for its driver, fully recharged as well.

The philosophy behind Porsche Destination Charging extends far beyond the secure supply of power. It is also something of a reminiscence on the nature of travel in the days of yore. A counter-proposal to today’s mad rush from one region to the next. It’s about taking things in, having experiences, a cultural recharge. The network includes over 1,200 charging points at hotels, golf clubs, marinas, and other destinations in over fifty countries around the world.

In these carefully selected hotels, Porsche drivers can not only recharge the battery of their sports car safely and at no cost, but also refill their own batteries with the most exquisite refinements. France alone counts almost one hundred hotels, restaurants, and gold clubs among the Porsche Destination Charging locations. Their ranks include such venerable institutions as the Le Bristol hotel in Paris, where Charlie Chaplin and Rita Hayworth once enjoyed inspiring interludes. The portfolio also includes castles, stately homes, and modern luxury hotels in the most beautiful regions of the country. Those who wish to can travel along the Loire in their electric or hybrid Porsche from one charming boutique hotel to the next, enjoying the highlights of French cuisine and lifestyle—and in the morning climb into their fully charged touring car after a croissant and coffee.

This time around, Hurui Issak can only treat himself to one cultural stop in the Champagne region: he is responsible for escorting the brand-new safety car of the Porsche Carrera Cup Deutschland to Le Mans for the start of the season— a Taycan Turbo. In the preliminary program of the twenty-four-hour race, which in the 2020 running was postponed until September, the German Carrera Cup drivers contested a forty-five-minute race together with their colleagues from Porsche Carrera Cup France. The event was held on the historic asphalt of the Circuit de la Sarthe, in the fiftieth anniversary year of Porsche’s first overall victory at Le Mans.

Issak could have sent the safety car to Le Mans via transporter. But, curious about the many possibilities of travel planning by way of the Porsche Destination Charging map, the project manager opted for a pas de deux on the road. His Taycan 4S cuts a fine figure in Frozen Blue Metallic. Still, the Turbo is unquestionably the bigger draw en route. It bears the race look of Porsche Motorsport, highly visible safety car lettering, and—of course—a multiple-beam light system on the roof.

Embarking from Champillon, a quick jaunt over to the historic racetrack of Reims-Gueux is a must. Another moment of pleasure. In operation from 1926 to 1966, it was also the venue for Formula One Grands Prix from 1950 onwards. Today, pit facilities, grandstands, and scoreboards in various stages of decay bear witness to this glorious era. The old perimeter advertisements for motor oil and gasoline are reflected in the windows of the Taycan. Two worlds. Both undeniably sporty.

The route continues westwards as wind turbines spin above the meadows and forests. Issak talks about his work: “In conversations, especially in the field of motorsport, I am often asked about the Taycan—how it drives and what it is like to travel in it. In order to be able to provide informed answers, I take it on long-distance trips myself.” We slow down at the station de péage. Behind the wheel of a Porsche Taycan, toll booths on French highways are suddenly no longer an obstacle, but a welcome opportunity to accelerate the all-electric space glider to warp speed for a brief moment after the barrier has opened, to enjoy the authentic sound of the electric machine and the exhilarating tingling in the stomach. “I loved Star Trek as a child,” laughs Hurui Issak, “and this comes pretty close to it.”

Just for a moment. Then we ease off again. The latest jazz sounds from Gregory Porter emanate from the Dolby Surround speakers. “It’s amazing how much peace and serenity the Porsche Taycan brings to traveling,” enthuses Issak. “Electric route planning has become simplicity itself; you just need to take a look at the Porsche Charging Service app. And Porsche Destination Charging is a sort of quality seal for me: I can trust that everything will be in working order there and that the Porsche Mobile Chargers are guaranteed to be compatible with my car—and that the hotels or restaurants will more than meet my requirements.”

A sporty experience getting there and an enjoyable stay upon arrival. It is this spirit of freedom and self-determination, the joy of spontaneous exploration and discovery, that has made traveling its own art form for centuries. Every means of transportation—from the carriage to the steamship, from the railway to the automobile—also shaped culture. Now a growing network of charging stations is opening up new worlds of experience.

The Porsche Taycan was not just the first all-electric vehicle launched by the brand.Porsche thinks about e-mobility in broad and far-reaching terms. The company is continuously expanding the charging infrastructure for its customers. To date, an extensive network of over 120,000 charging points can be accessed in Europe.

For long routes, Porsche joined forces with its partner IONITY to build up a network of rapid charging stations. Nearly 300 of these stations are now in operation along motorways and main transportation arteries throughout Europe—with new ones being added every week. The interactive Charging by Porsche app helps locate stations along the route. At these 800-volt stations, the range of a Porsche Taycan can be extended by a good 150 kilometers within ten minutes—barely enough time to enjoy an espresso.

The Porsche Charging Planner plans travel routes including charging stops in Europe and the USA. The navigation system calculates the smartest route based on real-time information. The route is continuously updated to ensure that possible charging stations are safely within reach. The Charging Planner also provides the charging performance of the charging stations and calculates the time for the optimal charging range up to an 80 percent state of charge. It can also consider individual preferences regarding the target charge level of the battery. For the maximum charging performance, the system regulates the cooling or heating of the 93-kWh Performance Battery Plus in plenty of time before charging stops, ensuring that all cells are optimally prepared for the charging procedure. The Charging Planner functions are also integrated into the Porsche Connect app and can therefore be used on the road as well.

464 kilometers is the maximum range of the Taycan 4S with Performance Battery Plus, combined in the WLTP.

1.200 charging points in fifty countries around the world have already joined the exclusive Porsche Destination Charging network. An overview is provided by the Porsche Charge Map at https://www.porsche.com/uk/aboutporsche/e-performance/

120.000 charging points in Europe alone can be used via the Charging by Porsche app without having to additionally register with the respective provider.

Just ten minutes at an 800-volt station suffice to extend the range of the Taycan by about 150 kilometers.

Porsche Carrera Cup Deutschland’s long-awaited season opener was also a high point. It was at Le Mans, for starters; secondly, it marked the fiftieth anniversary of Porsche’s first overall victory there; and thirdly, a Taycan Turbo opened the race as the safety car.

A business trip for the Porsche Taycan Turbo: as the new safety car of the Porsche Carrera Cup Deutschland, its tour takes it across France to its first race in Le Mans. The starting point: Porsche Deutschland headquarters in Bietigheim-Bissingen.

First stop: the Porsche Experience Center at the Hockenheimring. On the handling track, the Porsche Taycan warms up its tires—and then it's off to France.

A Porsche Taycan in the full regalia of a safety car is an eye-catching sight on public roads. The car glides silently over country roads and highways, heading west.

The region around Reims is familiar to motorsports enthusiasts for one reason in particular: from 1926 to 1966, the Circuit de Reims-Gueux was an epicenter of French motorsports.

Recharge your batteries—for you and your car: Porsche Destination Charging offers more than 1,000 charging points for guests of selected hotels, golf courses, and marinas in twenty countries. And for those in a hurry, Porsche technology partner Ionity’s rapid charging points are at your service.

At sunrise, the journey continues. The Porsche Taycan drives through the narrow lanes of Montmartre up to the Basilica of Sacré-Cœur and a magnificent view of Paris awakening.

Another quick lap in the traffic circle around the Arc de Triomphe—the smallest, but probably most famous circuit in the world.

Out of Paris: on country roads, in the midst of meadows and forests, the Porsche Taycan shows its potential as a sporty travel companion.

Photo stop at the Hotel de France in La Chartre-sur-le-Loir. Back in the summer of 1971, Derek Bell and Jo Siffert parked the Porsche 917 LH in front of this entrance.

The Porsche Taycan can easily keep up with the Cup cars. 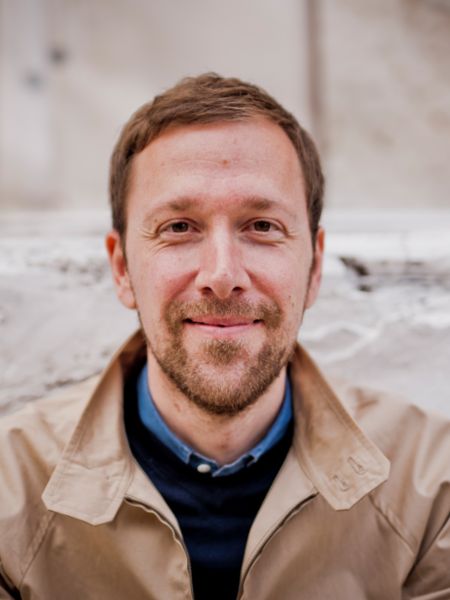 Heritage Design for the new 911 Speedster

With the new 911 Speedster, Porsche is presenting a Heritage Design package—the first in a series of iconic design options for the sports cars of today and of the future. Porsche 911 Speedster: Fuel consumption combined: 13.8 l/100 km; CO2 emissions combined: 317 g/km; Efficiency class: G (as of 06/2019)