Porsche Australia and New Zealand: Kate Reid is no ordinary Porsche enthusiast, but that’s not all. Along with a life-long love of classic 911s, her Lune Croissanterie in Melbourne bakes ‘the world’s best croissant’.

Fitzroy, inner-city Melbourne. In the early morning hours, a queue wraps around a black brick converted warehouse. The air is filled with the excitement and anticipation of eating the perfect croissant. Ever since the venerable New York Times bestowed the aforementioned title on it in 2016, this queue forms every day until the delicious pastries are sold out. In the purpose-built, state of the art facility, designed by Kate and her brother Cam, the team works like cogs in a chronograph to create perfect pastries every single day. The perfection and seamless processes are no coincidence, as Kate is no ordinary patissier. Ever since she can remember, she has had a close relationship with cars. Her father is an avid collector and young Kate and her brother Cam would eagerly hover around when he was restoring classic Porsche 911s.

For as long as she can remember, Kate has aimed to work at the pinnacle of motorsport. She had a vision that working for the automotive industry in the upper echelons of innovation and technology would give her the opportunity to be incredibly innovative, to think outside the box and really push the boundaries of what is possible. With her goal in mind, she steered her entire education towards earning a degree in aerospace engineering, which eventually led her to become the first female aerodynamicist in a highly regarded British Formula One team.

However, after she joined the UK-based squad, she discovered that it was not what she had imagined it would be. It was her sliding doors moment. From a young age, Kate has also loved baking. Later, she found baking was a way to relax and enjoy her free time outside her professional commitments. Through research and trialling new things, she discovered there was a lot of technical finesse involved in viennoiserie.

Baking became more than a hobby

After spending time in Paris learning the specific pastry-making technique used for croissants, Kate returned to Melbourne and realised that there was nowhere in Melbourne producing croissants of the quality she enjoyed in Paris. This planted the first seed of change that would bear fruit for Lune. She explains: “I’m somebody who can’t get out of bed and go to work unless I know that what I’m doing in the waking hours of my day is something that I’m truly passionate about, that fulfils and satisfies me from a professional, emotional and a mental point of view. I think that’s one of the reasons that Formula One didn’t work out for me, because it didn’t tick all of those boxes. Baking croissants is that. I never thought that the scientific, technological and innovative part of my brain and my psyche would find that degree of satisfaction in the production of croissants, but because—like a Porsche 911—it’s a product that constantly evolves and improves. My job always leaves me feeling fulfilled.”

The link between engineering and croissants might not seem immediately obvious, and many people don’t consider engineers to be particularly creative. Kate strongly disagrees with this assessment. “I think that engineers are some of the most creative people on the planet. They see a problem that needs to be solved and they really think outside the box in very creative ways to solve that problem, which really leads to some of the biggest innovations in new technology.”

And while the transition from studying for an aerospace engineering degree to baking croissants might be anything other than obvious, Kate says her training really taught her how to break down a problem, how to understand the different variables, how to analyse how changing each of those variables will affect the finished product, how to measure results, how to record them and how to push a product or an innovation forward. “I could be applying my engineering degree to anything,” she says. “It just happens to be croissants. I think one of the biggest factors that separates Lune from other bakeries is that we really do focus on solving problems and making our product better and better by trying new techniques.”

A love of cars formed the engineering ‘bridge’

“I grew up with a dad who has a deep passion for high precision, high performance and classic cars, which actually stems from his love of restoring classic 911s before I was even born. So for as long as I can remember, beautiful precision performance cars have been part of my life—specifically Porsches and 911s. I have memories of my brother and me sitting in the Porsche in the garage pretending that we were going on trips. We weren’t allowed to turn the ignition on, but we’d pack a little lunch and we’d sit in the garage and go on our imaginary journeys. That led me to a phase of racing go-karts, because I had a vision of being a Formula One driver.

“But I realised very early on that while I am very competitive with myself, I’m not competitive with other people. It's usually the desire to better myself that pushes me to improve and learn, and improve my skills and knowledge—not to be better than other people. With Lune, I don’t look to other competitors to see what they are doing; I try to block out that noise to concentrate exclusively on making whatever it is I’m working on better, so that we can be market leaders rather than followers.”

Rather unsurprisingly, relaxing for Kate is not easy. “I need something that requires my focussed attention and an eye for precision to even feel relaxed. So on a day off, rather than sitting on a beach, I prefer to jump in a beautiful car like a Porsche and go for a drive on a winding road. That lets me focus my attention on the apex of the corner or the braking and acceleration points so that I truly feel at one with the car.”

Despite following her dream to Europe with Formula One, she still regards Melbourne as home. “Since returning and establishing Lune, I really feel that now I’m firmly rooted in the community here and have hopefully contributed something that makes Melbourne a more interesting, beautiful, diverse and delicious place to live. I’m a really family-oriented person; my family lives here and my brother is my business partner, so we work together closely every day. In terms of the population, I think that in this part of Australia, we punch well above our weight. The quality of the food and wine industry here is, I think, second to none and I’m very proud to be part of that.” Like the Porsche 911, Kate doesn’t believe the croissants will ever go out of fashion. “To be honest with you, I’m not at all worried about that. I know that some of the products we have on our counter are fashionable at the moment. For example, the cruffin, or different, twice-baked flavours or specials that we put up. But the croissant is a product that is the backbone of the breakfast of an entire nation. And it’s been enjoyed by people for hundreds of years. So no matter whether cruffins, cupcakes or macarons are the latest must-haves, and their popularity comes and goes, the croissant will remain a steadfast—a classic pastry enjoyed all over the world—and I don’t think that will ever change.”

Kate considers the perfect croissant to be like a Porsche 911: timeless.

“I think the same principle applies to the automotive industry. New fads in cars and new designs will pop up from time to time, but the 911 is also timeless in its core design and the unique pleasure it gives you when you drive it. Thirty-seven years ago, there was one parked in the garage at our house. It was beautiful then and still is. Sure, it’s evolved so much since then, but it has never lost its special character. Like the croissant, I don’t think that’s going to change either.” 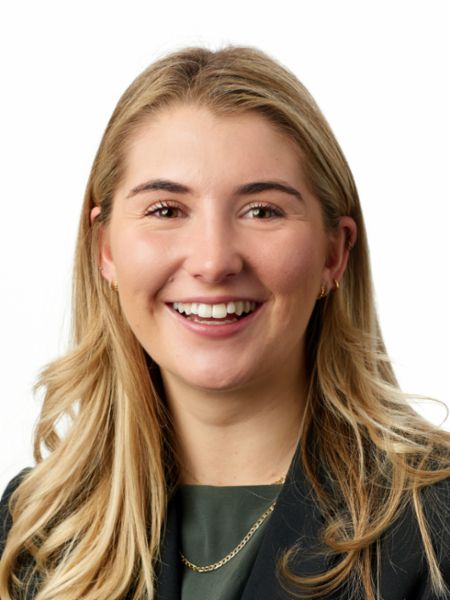