A Visit to Épernay

What exactly are the qualities of a top-notch champagne?
An excursion to Moët & Chandon.

The River Marne meanders through a lush green valley; the road winds past well-maintained vineyards; and the stone houses in small villages exude history. Our Porsche Panamera 4 E-Hybrid Sport Turismo is just a few kilometers from Épernay, a town in northeastern France of twenty-three thousand that’s home to the finest champagne makers in the world. Their headquarters—including companies like Heidsieck and Perrier-Jouët—line the main road, aptly named Avenue de Champagne. And the imposing buildings of light-colored stone right at the start of the road belong to Moët & Chandon, which was founded by Claude Moët in 1743.

The air in the cool limestone cellar is damp and slightly musty. On either side of the passageway are shelves filled with countless bottles. Here, deep underground, Moët & Chandon works to develop the perfect sparkling wine with a special focus on the famous secondary fermentation that makes champagne unique—a wine with fruit, structure, and the refreshingly hedonistic addition of carbon dioxide that lends it a very special lightness.

Soon after the company’s founding, the Moët family began supplying its products with an eye to the powerful, the wealthy, and the beautiful, both within and far beyond the borders of France. In 1762 the first bottles were sent to Russia, then to the USA, and in the nineteenth century to Brazil and China. Today Moët & Chandon is a global symbol of luxury and pleasure, immortalized in Hollywood films like Pretty Woman and The Great Gatsby. It appears in songs by rapper Snoop Dogg and the rock band Queen. Tennis legend Roger Federer is the company’s official ambassador. And no Formula E victory celebration would be complete without large bottles of Moët & Chandon for the obligatory champagne shower.

Moët & Chandon’s cellars have a combined length of over thirty kilometers and hold up to one hundred million bottles.

Although the French luxury goods conglomerate LVMH—which also owns the Dom Pérignon brand—doesn’t release exact figures, a bottle from the champagne maker is said to be opened somewhere in the world every second. That would mean annual production of a good thirty-one million bottles. Moët & Chandon itself has more than 1,200 hectares of vineyards, which cover about a quarter of production. The rest is supplied by vintners in the form of primary products: grapes, grape musts, and wine, all of which must meet special quality criteria. These then undergo further processing in Épernay. Between eight and ten thousand bottles per hectare can be produced in the Champagne wine region.

Benoît Gouez, who became cellar master in 2005 and is therefore the lord of taste, greets us precisely on time. A tall man with designer stubble, he’s wearing a well-fitting dark suit with a white shirt and a perfectly coordinated handkerchief. His sonorous voice commands attention. “Our cuvée Impérial is fruity, generous, and elegant,” he says. This champagne—created in 1869 to mark the centennial of the birth of loyal customer Napoleon Bonaparte—accounts for 60 percent of the company’s current product range.

Moët has traditionally cultivated a fresh style, and the cellar master’s job is to maintain it. To do so, he usually blends wines from three different years and well over one hundred casks. Wines from 2016 currently predominate, with smaller percentages from 2015 and 2014. Impérial reflects the varietals grown in the Champagne cultivation area almost exactly: a good third of pinot noir, a slightly lower percentage of pinot meunier, and 25 to 30 percent chardonnay. It has a light floral nose with notes of peach. Its fruit is clear, and its fine bubbles and mature acidity instill a desire to take another sip.

“This is a champagne that meets many people’s tastes,” says Gouez. The cellar master is responsible not only for this top seller. Over the years, he has also further developed the brand’s exclusive vintages in impressive fashion. “Our vintages are more personal for me,” he says. “They’re champagnes for people who know what they’re drinking yet also like to discover something new and who appreciate the special qualities of a particular year.” The individual qualities of the 2012 Grand Vintage include a bouquet of lime peel, apricot, and hazelnut, ultra-fine bubbles, and a precise structure. In contrast to Impérial, the wines for Grand Vintage come primarily from grand cru areas, although the grapes themselves can vary. In 2012 chardonnay dominated with 41 percent, although that isn’t set in stone, notes Gouez. To give Grand Vintage its special finesse, he has it mature with the yeast for six years, compared to two years for Impérial. “Despite all its complexity, you don’t need any intellectual training to enjoy it,” he says with a smile. “The priority at Moët & Chandon is always pleasure.”

The 24 Hours of Le Mans on June 19, 1966: Porsche driver Jo Siffert (Switzerland) stands on the platform after winning the two-liter class and Index of Performance. He’s presented with a three-liter bottle of champagne—a jeroboam from Moët & Chandon—and places it to the side while the national anthem is played. The day is hot, and the pressure rises inside the bottle. The cork shoots out, followed closely by the sparkling wine itself—giving everyone nearby a shower.

Only afterwards does the winning team drink from the bottle. This is the birth of racing’s “champagne shower,” although the practice of actively spraying isn’t launched until the following year at the same location by winner Dan Gurney (USA). His first target is Porsche driver Jo Siffert. Moët & Chandon was the official champagne supplier for Formula One from 1966 to 2000, and the company has served the same role since 2018 for Formula E. 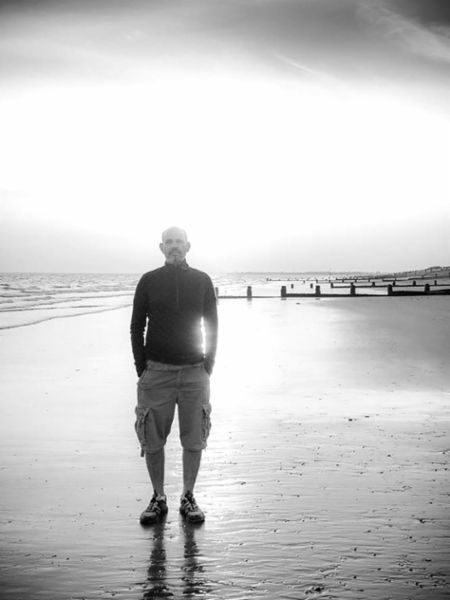