Here’s what you always wanted to know about the 99X Electric and the Porsche Formula E Team.

“Before the race, every if-then scenario must be ready to go, whether it’s Fanboost deployment or tire damage.” Amiel Lindesay

Function: Head of Operations Formula E
Age: 43
With Porsche since: 2012

Efficiency is the mantra of Amiel Lindesay, Head of Operations for the TAG Heuer Porsche Formula E Team. His squad of mechanics in the pit will be smaller than what he’s used to from other motorsport series. But the tasks they perform remain the same. “What that means is that we all have several jobs, not just one,” says Lindesay. Before his move to Formula E, he developed the race strategy for the Porsche LMP1 races with a significantly larger team. But Lindesay doesn’t regard a smaller team as a disadvantage. “We know each other much better and we’re a very cool, compact family,” says the New Zealand native about the sense of cohesion within the team. In the twenty-four-hour races, Lindesay gained a reputation for sophisticated pit-stop strategies. In Formula E, he’ll no longer be planning pit stops—the regulations don’t allow them. Yet even in the all-electric race series, there are opportunities to gain valuable time. “If one of my drivers receives the Fanboost, he has to apply the additional power at his disposal at exactly the right moment,” says Lindesay. Furthermore, collision damage is an ever-present possibility in Formula E. “We’re driving real street races. There are no run-out zones. If you make a mistake, you’re going to have contact with the wall.” If anything, the fact that the competition is particularly tight in Formula E is a motivating factor. “In racing, you always have the desire to come first—it doesn’t matter who else is on the track.”

Fresh snow for a fresh start. “The first rollout of the Porsche 99X Electric was in March on our test track in Weissach. It had snowed and was bitingly cold—a very special atmosphere,” says Malte Huneke. “And then our new race car bolted down the track for the first time.” Huneke is Technical Project Leader of the TAG Heuer Porsche Formula E Team. His job is to assemble the high-tech puzzle of the 99X Electric in good time while ensuring that the technology is reliable and the car is fast. It’s a huge responsibility for the thirty-nine-year-old. But that’s nothing new to him. Before coming to Formula E, Huneke was Head of Performance for the successful LMP1 team. Now, in Formula E, the deployment times are substantially shorter—and that’s precisely the big challenge for Huneke. Time for fine-tuning and repairs between qualifying and the race is vanishingly scarce. In Formula E, both take place on the same day. Speed is one of the factors that determine success; the other is the most perfect energy management possible. And that’s exactly what the Formula E team trains for with the drivers on the test track or in the simulator. The objective is for Porsche drivers Neel Jani and André Lotterer to get a feel for the 99X Electric and know when the car recuperates—when it regains energy—most effectively. “In our simulations, we naturally don’t have real, and realistic, opponents,” concedes Huneke. As a result, he’s reluctant to make predictions, but his objective is crystal clear: “we want to be on the podium as quickly as possible.”

“Good team management is out of sight, but takes care of everything.” Carlo Wiggers

“In traditional motorsports,” says Carlo Wiggers, “you have a pit area and the opportunity for an optimal setup. In addition, the schedule allows meetings for program updates. None of that is available in Formula E.” So it’s all the more important for every team member to work under ideal conditions in order to enable them to achieve maximum performance. That’s the job of Carlo Wiggers. Before the season, he also prepared a list of potential team drivers for the 99X Electric. “The decision to go with Neel Jani and André Lotterer was made jointly by our vice president of motorsports, Fritz Enzinger, Amiel, Malte, Pascal, and me. The executive board made the final decision,” says Wiggers, who also heads up the business relations unit. Simona De Silvestro and Thomas Preining came on board later as test and development drivers. “We make sure that the driver crew is a good fit with the team and with the Porsche brand as well.” No question about that with Jani and Lotterer; they had already been on the LMP1 team. The same applies to sponsors: “Some partnerships emerged out of our LMP1 campaign, and now they’ve made the move to Formula E with us.” Wiggers had little difficulty convincing the companies of the merits of the new motorsport project. “Formula E appeals to a young target group that we can’t reach with conventional racing. The series is held not on traditional racetracks but where the target group lives: in an urban setting,” says Wiggers. He’s not troubled by the notion of having overly high expectations for their debut season. “When we returned to Le Mans in 2014, Porsche’s successful history there was strongly felt. But in Formula E, that historic pressure is not there.” According to Wiggers, measuring oneself against the best is the core of racing. “And you only have that where the best are currently racing. In Formula E.”

“The most hotly contested racing series in the world.” Pascal Zurlinden

“The 99X Electric will go down in history,” says Pascal Zurlinden with an unmistakable air of certainty. And he should know. Zurlinden was, after all, deeply involved in the success of the Porsche LMP1 team and the GT cars, first as a test engineer and then as a strategy engineer. In September 2019, he took over as the director of factory motorsports. In this position, his goal is to ensure that the story of Porsche in Formula E will be a successful one. It was not terribly long ago that the Frenchman first experienced the exhilaration of Formula E: Zurlinden saw his first races in the series live only last July, at the E-Prix in New York. “I find it fascinating how tightly contested the races are in Formula E. The cars are right on top of each other, for one thing. And then it’s all happening right in front of the spectators.” It frustrates the thirty-seven-year-old to no end when critics grouse that Formula E is not real racing. “Anyone who says that,” says Zurlinden, “should actually watch a race. It’s absolutely real, bare-knuckle racing. I’m certain that Formula E will continue to attract more and more spectators.” Only as a unified team does Porsche have a chance in the racing series—which sometimes calls for some very basic actions. Every morning, for instance, the members of the TAG Heuer Porsche Formula E Team greet one another personally with a handshake and look each other in the eyes. “A quick glance at the other person’s face should be enough to know how he’s doing and if he needs my support,” explains Zurlinden. On race day, after all, everything has to come off without a hitch. There’s practically no time for discussions between sessions. Coordination within the team has to be instantaneous. “If we do that,” says Zurlinden resolutely, “then we can race for the podium even in our debut season.”

The Porsche gene in the 99X Electric

Chassis
The second base car in the history of Formula E is called Gen2 and was unveiled in 2018. On a sufficiently long straightaway, it can reach speeds of up to 280 kmh.

Tires
In the interest of cost-effectiveness, all cars in Formula E race on the same eighteen-inch all-weather tires from Michelin.

Halo
LED strips adorn the head protection made of high-strength titanium. When it glows magenta, the car is either in qualifying mode or is taking advantage of Fanboost. During the race, blue indicates Attack Mode.

Drive
The electric motor, inverter, transmission, differential, drive shafts, cooling for the components, and control unit are all Porsche in-house developments. The rear structure around the drive and the rear chassis are from Weissach as well.

Aerodynamics
Compared to other Formula series, the wheel housings feature aerodynamic cladding in front to improve safety, as this helps prevent cars from piling up so easily in the event of a collision.

Steering wheel
The drivers hold a computer in their hands. The various buttons and controls operate different software programs for energy management.

Battery
The battery is the same for everyone. When fully charged, the lithium-ion battery holds 52 kWh.

Brakes
The brake-by-wire system determines whether the car is decelerated hydromechanically by means of the brake disk or with the electric motor in order to recuperate energy.

Base components: a concept Porsche race engineers haven’t had to contend with since the Carrera Cup. At Le Mans or WEC races, sports-car manufacturers are used to having a relatively free hand when it comes to the design of the cars. In joining the Formula E series, Porsche is entering unknown territory: 80 percent of the components in the new all-electric race car, the 99X Electric, are specified by the regulations. The chassis and battery are the same for all competitors. That leaves just 20 percent with which Porsche can demonstrate what it means to be a Porsche. In addition to the rear structure and rear chassis, the engineers in Weissach have designed a powertrain of the highest efficiency: the Porsche E-Performance Powertrain.

In the process, Porsche’s experience with the exceptionally successful LMP1 race car, the 919 Hybrid, was a major advantage. “We were able to apply the insights we gained during that period in the development of the Porsche Formula E powertrain,” says Malte Huneke, Technical Project Leader for Formula E. One example is the 800-volt technology used in the Porsche 99X Electric, which was developed in the 919 Hybrid and has now gone into series production in the first all-electric series sports car, the Taycan. The permanent-magnet synchronous motors familiar from the Taycan also took on a major role in the effort to optimize the drive concept for the 99X Electric—in typical Porsche fashion. Series production and racing have a long and storied tradition of mutual benefit at Porsche. 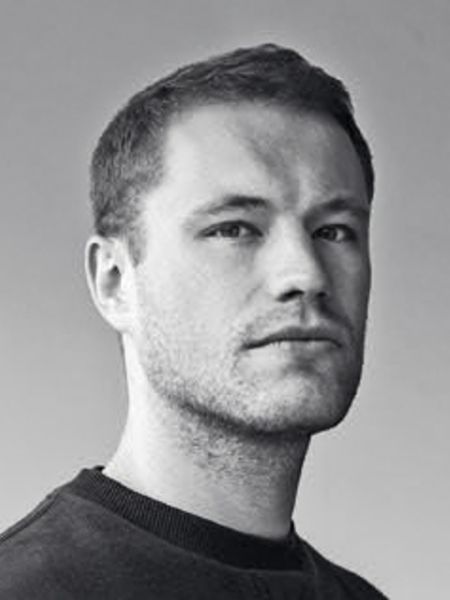