"I can keep the accelerator down almost the entire time; in a minute I’ll have to trust the car blindly as we head down into Karussell." Lars Kern

The air in the Eifel is unusually warm on this summer evening as Lars Kern cycles a lap of the Nordschleife (north loop), a distance of a little over twenty kilometers. At thirty-one years of age, he has been a Porsche test and development driver for nearly eight years. He knows almost every tree along the course. Great respect and sheer fear have combined to etch the Nordschleife of the Nürburgring into collective consciousness as the “Green Hell.” But Kern is in seventh heaven. In November 2018, he posted a record lap time of 6:40.30 minutes here in a Porsche 911 GT2 RS MR.

The first time Kern came here to drive the Porsche Taycan was during the fall. His feelings for what he was supposed to do were as cool as the autumn weather.

“My expectations for the car were not terribly high,” admits Kern. But that changed. After just a few hundred meters behind the wheel of the Taycan, he was thrilled. The Porsche driver still feels the fascination he felt then. Sitting in the Taycan on that bleak October day, he was transformed. His skepticism was left in the dust.

The Nordschleife—a gauge of balance

It’s now the following morning. After months of development and test-drives Kern will now take the Taycan on one of its final laps of the Nordschleife before its market launch. His day begins with a late, light breakfast. Then around noon he and the team of fifteen people led by Stefan Weckbach, Vice President Model Line Taycan, specify some strategically important points: for energy management reasons he’ll lift up on the accelerator one or two seconds before the braking point. The car’s performance slot is set for 6 to 8 p.m. Porsche runs tests on the Nordschleife for approximately sixteen weeks of every year. The demands placed on humans and machines alike are higher here than almost anywhere else. The ring is the ultimate test lab. Hard-core. Failure means you may as well not even try anywhere else.

The Taycan is ready. All necessary preparations have been made. A six-point harness, bucket seats, and data acquisition systems have been installed, and the rear seat has been replaced by a roll cage. That adds weight but increases safety. As Kern notes,

“I wasn’t eager to do a lap of the Nordschleife in an electric car. But it was totally different from what I imagined. The incredible feeling of driving through Hatzenbach is still with me. After just a few hundred meters my skepticism turned into fascination.”

Start button on the left—
as tradition would have it

The lap starts at T13, named for the T13 viewing stands, and veers right. The asphalt temperature is 48 degrees and the air 33 degrees Celsius. Kern is relaxed. He sits down in the Taycan the way other people might sit at their desk. He pushes the power button, which, like a classic ignition lock, is located to the left of the steering wheel—as with any Porsche. Distinguishing feature. Brand identity. Kern sets off on his run:

“Full speed, absolute concentration, the torque pushes me into the seat, and I immediately hit one of my favorite parts of the course—Hatzenbach, a tricky sequence of curves: right, left, right, left. The tires are perfect; I stay in the flow. About Three Kilometers later there’s Hocheichen, then Quiddelbacher Höhe. The Taycan’s dynamic potential is overwhelming.”

Acceleration—1.2 g  from a standstill

The Taycan’s impressive performance benefits greatly from the two-speed transmission on the rear axle, which makes the high wheel torque possible. The power that’s translated to the road is typical of super sports cars. The Taycan shoots from a standstill at up to 1.2 times the acceleration of gravity, and hits one hundred kilometers per hour in less than three seconds. The drive system works nearly instantaneously, in line with the Weckbach team’s aim of 0 percent loss and 100 percent dynamic efficiency. That’s the only way to achieve superior performance—both in development and behind the wheel.

“Then there’s Flugplatz, the fast right curve, 160 kilometers per hour, 170 kilometers per hour, 180 kilometers per hour, I keep pushing to build up maximum momentum for Schwedenkreuz. Aremberg follows. I get a sense of the car’s weight for the first time here. We go downhill. The asphalt is new, the grip relatively low. Stay cool. Don’t think too much. You can do everything here. Driven it thousands of times before. Around six kilometers covered, about fifteen more to go. The downhill stretch on Fuchsröhre is like a tunnel: trees and smaller plants to the left and right blur into a green-and-white band of light. I start the slight left into the dip a little to the left of center. The car is extremely stable in compression. I go almost 260 kilometers per hour, full throttle, and forget that I’m in a four-door coupe, just have the word ‘sports car’ in my mind.”

“The Taycan gave me a lap at the limit that I couldn’t have imagined.”

Electric sports cars have extremely impressive acceleration. That’s because their very high wheel torque is available immediately. In the Taycan, the two electric motors and the short ratio in first gear of the two-speed transmission produce a wheel torque of more than 13,000 Nm in overboost mode. The Taycan also has two permanently excited synchronous motors (PSM) similar to those in the Le Mans-winning 919 Hybrid. They’re the turbos among electric drive assemblies. Thanks to them, the Taycan Turbo S generates more than 761 hp in overboost mode. Kern is well aware of this.

“Pressing on, Adenauer Forst, a slow part of the course. Then toward Kallenhard, reaching an altitude of 471 meters, we’ve covered around eight kilometers. I stick close to the curb. The car has extremely high grip on the inside. Then there’s the slow right curve. I’d be in second gear now in the Porsche 911 GT2 RS MR. The Taycan is very agile in transitional passages and calm on high-speed stretches. At low speeds, the rear axle turns counter to the front axle; at high speeds, it helps steer and stabilize. The Porsche engineers say that the rear-axle steering virtually lengthens the wheelbase. It gives me a good feeling. The triple right curve between Kallenhard and Wehrseifen. The Taycan hunkers down on the asphalt.”

Porsche gave the Taycan the fourth dimension of time for that special sports-car feeling. The technical term for the centrally networked and integrated chassis control system is Porsche 4D Chassis Control. It analyzes the three dimensions of longitudinal, lateral, and vertical acceleration and sends this information to the chassis systems in real time. If the driver turns in dynamically before a curve, for example, the rear-axle steering, Power Steering Plus, and Porsche Dynamic Chassis Control (PDCC) react by stiffening the electromechanical stabilizers in just two hundred milliseconds. This prevents roll movements in the car body.

“Breidscheid. It still feels like halftime here. At the base of the valley, Adenau is to the left. Onward toward Laudakurve, where Niki Lauda had that serious accident. Then Bergwerk, which is so steep you can hardly climb it on two legs. It’s amazing how powerfully this standard-series Taycan accelerates. A right turn follows. Do not understeer. Then quickly call up the full torque, up to Kesselchen. The Mutkurve bend is next. I follow our strategy confidently. I'm delighted. No time lost.”

The Nordschleife of the Nürburgring is the gauge of perfect interplay between the drivetrain components and all other relevant areas like the chassis and aerodynamics. When letting up on the accelerator, the Taycan coasts nearly instantaneously and the driving sensation is still dynamic. Recuperation can be achieved in various ways with electric cars. As part of its recuperation management system (PRM), Porsche decided against the one-pedal strategy often used in electric cars, which strongly activates the brakes when the accelerator is lifted. The driver can press a button to set the recuperation stage to on, off, or automatic. If desired, you can even drive at full speed on a nearly empty battery until shortly before the emergency reserve.

“Toward Klostertal I can keep the accelerator down almost the entire time; in a minute I’ll have to trust the car blindly as we head down into Karussell. On exiting Steilkurve, I’m veritably catapulted onto the straight toward Hohe Acht, named after the mountain whose 746 meters make it the highest point of the track in the Eifel. Another very technical stretch. The best part of the course for me now begins with Wippermann and Brünnchen. Perfect car placement is more important than ever.”

The wheels and body of the Taycan are so superbly streamlined that it’s Porsche’s most aerodynamically efficient model right now, with a drag coefficient of 0.22. Every component was tested in the wind tunnel and optimized right from the start.

“The final stretch, Stefan-Bellof-S. I take the fast right turn in a wide arc, pull in to the inner curbs, and let myself be carried out the exit on the curbs. Stay on the left, then Schwalbenschwanz, and accelerate to peak speed again, 260 kilometers per hour, toward Döttinger Höhe. The Tiergarten segment, a long stretch at full acceleration, the car lies perfectly. Antoniusbuche, Tiergarten. I brake down to eighty kilometers per hour, and there’s the end up front. Finished! A lap at the limit that I couldn’t have imagined. It’s time for the Taycan to be launched on the market. There’s nothing left to do.”

Since 2012 Porsche has been testing its latest sports-car models on the 12.6-kilometer high-speed circuit and dynamic platform of the Nardò Technical Center in Apulia, Italy, which is operated by Porsche Engineering. The Taycan was tested at this location, in particular for its endurance properties. In a run that lasted twenty-four hours—interrupted only by stops to recharge the batteries—the Taycan was able to clock 3,425 kilometers. 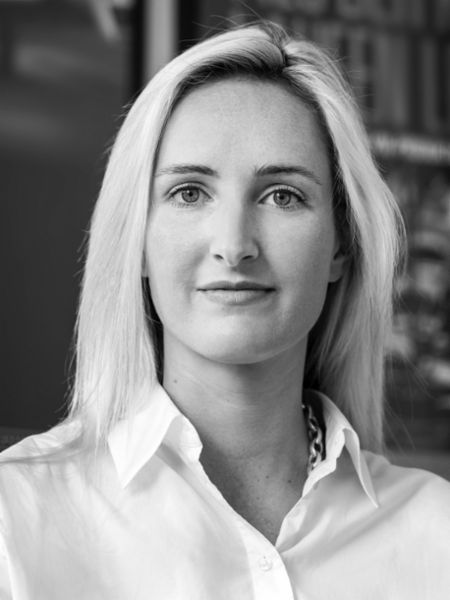