Erling Henningstad from Norway is one of the world’s first twenty thousand people interested in owning a Porsche Taycan. What prompts the wish to buy a car that you know virtually nothing about—except for the fact that it’s a Porsche?

A mild summer breeze carries the sound of traffic on the E6 freeway over to Skedsmokorset. If you drive south, you’ll reach Oslo in twenty-five kilometers. If you head north, you’ll reach the North Cape in about 2,200 kilometers. Erling Henningstad, a fifty-seven-year-old software engineer sporting a neatly trimmed beard and a blue checkered shirt, walks out onto the veranda of his home and blinks in the sunlight. A flagpole flying the red, white, and blue Norwegian flag stands on the stone courtyard of a 150-year-old farmhouse with radiant white wooden walls that look as if the painters just left half an hour ago. Next to the flagpole is a Tesla Model S, which will soon be replaced—by a Porsche Taycan. Henningstad eagerly approaches an inconspicuous aluminum case. He opens the lid and looks in. Then he carefully removes a white car and holds it up in the bright light of the sun. It’s a model of his future sports car, at a scale of 1:10. He turns it around to inspect every side, stopping repeatedly to examine specific details. He smiles. The thrill of anticipation for his first Porsche is written all over his face.

Henningstad has always dreamt of owning a Porsche. Thirty years ago that dream almost came true. Back then he wanted to buy a Porsche 911, but there was his family to think about, the first child, and the need for lots of space to accommodate a baby carriage and luggage. He opted for a different car, but didn’t stop dreaming about a Porsche. For a very long time. And then he spotted the Mission E study on the pages of a Norwegian online car magazine. “Something immediately clicked,” he recalls. The study turned into the Taycan, which has been available for preorder in Norway since April of last year. In the meantime, Porsche has received more than 2,700 down payments for the car from this Scandinavian country alone. One of the first was from Henningstad. “That’ll be my car.”

A Porsche plus an electric drive was the combination he was waiting for. “I love driving. And I’m a fan of electric drive systems,” he says. He became a fan thanks to his son, Nils-Henrik, the e-pioneer in the Henningstad household. Nils-Henrik’s first car was a lime-green electric Kewet of Danish production, with a peak speed of 80 kmh and pleasantly low operating costs.

Papa Erling appreciated the economic benefits of that small vehicle, but his heart didn’t quicken. It belongs to racing. He used to be a regular sight on the racetrack—for the sheer pleasure of it. Rudskogen Motorsenter, Norway’s oldest asphalt circuit, is about one and a half hours away. Fast turns on an ideal line is the perfect way to relax from work as a programmer. Around twenty-five years ago Henningstad developed information management software for the oil and gas industry, which is now used in a wide range of other sectors, including in the construction of Oslo’s new opera house.

1. Mr. May, what role does the Norwegian sales market play for Porsche?
This year we’ll sell around 750 cars in Norway, and probably three times that many in 2020 thanks to the Taycan.

2. Norwegians have been able to preregister their interest in a Porsche Taycan since April 2018. What’s your verdict?
The first country in which we launched this program was Norway. The response was enormous, so we extended it to all the Taycan markets worldwide.

3. What kinds of customers does Porsche expect to reach with the Taycan in Norway?
The Taycan will primarily attract new customers in Norway. More than 70 percent of the people interested have never owned a Porsche.

Norway subsidizes electromobility more than any other country. Since 2012 its e-car buyers have not had to pay either the staggered CO2-based import tax or the 25 percent sales tax on automobiles. They pay lower motor vehicle taxes in general and no tolls or parking fees. They can also drive in bus and taxi lanes. The results have been astonishing. In March of 2019, the number of newly registered electric cars exceeded the number of those with gasoline or diesel engines in Norway for the first time.

Overwhelmed by success, the government stepped on the brake. Oslo no longer offers free charging power. But state subsidies have convinced men like Erling Henningstad. At first he wanted to buy two cars, one for his daily commute to the office and another with a combustion engine so he wouldn’t have to stop on the three-hundred-kilometer drive to his cabin in the Jotunheimen mountains.

Then Henningstad saw the Tesla Model S and promptly started driving only on electric power, both to his office in Oslo and to go hiking or skiing in the mountains. “That worked out well,” he says, especially because of Norway’s first high-speed charging column in Lillehammer, about half the distance to his cabin. Henningstad, his wife, Elin Lauvstad, daughter Hannah, and son Nils-Henrik usually stopped for lunch there and then continued on with a full battery. Only once did they have rekkeviddeangst, which means “range anxiety” or the fear of being stuck somewhere with a dead battery. The term was number two on Norway’s list of “words of the year” in 2013. As Henningstad recalls, “We were coming back from the mountains, and the battery actually did have enough power.” The word “actually” would apply if everything had gone as usual. But that was not the case. It was 20 degrees below zero. That took power and cost range.

is Norwegian for “range anxiety.” For Erling Henningstad and his son Nils-Henrik, that’s no longer a concern.

It soon became clear that the remaining charge would not be enough to reach their destination, so the Tesla rolled on its last legs to a gas station with a standard electrical power outlet. “We didn’t get home until after midnight,” he says. Today he can laugh about it. “But at the time it wasn’t much fun to stand around in freezing weather at a remote gas station and wait hours for enough power to dribble into the battery cells.”

was the number of electric fueling stations in Norway at the end of last year—for a country that currently has around 220,000 electric cars.

That never happened again. Range anxiety levels decrease with every new charging column. At the end of last year Norway had 10,711 public charging stations—for the current figure of around 220,000 electric cars. Nobody is worried that the infrastructure won’t be able to handle the boom in electric vehicles. Most buildings in Norway are heated with electricity. The grid is correspondingly robust and generously dimensioned. Because the buildings need ever lower levels of energy thanks to modernization and better insulation, the system has sufficient capacity for electric cars. And finally, nearly all electric power in Norway comes from renewable sources and is therefore produced without CO2 emissions. Hydroelectricity accounts for around 96 percent of it.

“An electric motor lets you drive more cleanly than any other type of drive system—at least over the long run,” says Henningstad. “It’s important for cars to emit as few pollutants and make as little noise as possible, especially in Oslo and the densely populated surrounding areas.” It’s “great” that this is now possible with a Porsche, he adds. There’s also his underlying trust in the brand. The racing victories. The design. The jubilant initial reviews in the press. “And the fact that Germans know how to make good cars.”

Henningstad has not yet determined the exact trim for his Taycan. Like the 1:10 model, the car will probably be white. But that’s secondary. “What I definitely expect from a Porsche is better handling, more reliable performance, and higher quality.”

For his first drive in the Taycan, he has already selected a small, winding country road not far from his home. The playlist is also set—the Beatles and Dire Straits.

Then he will finally drive his own Porsche for the first time. Henningstad holds his hands as if on a steering wheel. His dream is close enough to touch.

Failing to reach the destination because the power ran out on the way there: that’s the fear of electric vehicle skeptics. What solutions does Porsche offer?

Ionity
Ionity, a joint venture of BMW, Daimler, Ford, and the Volkswagen Group with Audi and Porsche, is working to build a comprehensive network of high-performance charging stations. The aim is to ensure that by the end of 2020 there will be an Ionity charging park an average of every 120 kilometers on the main European transport arteries.

CCS
In Europe and the USA, the Combined Charging System (CCS) is the leading option. There are currently some seven thousand CSS charging locations from Finland to Spain. The Porsche Taycan uses this standard, which has been jointly adopted by numerous car manufacturers. The situation is different in Japan and China where Porsche offers the CHAdeMO and GB/T standards.

Charging at home
Taycan drivers will be able to charge their sports car at home at up to 11 kW with AC. According to Porsche estimates, this group includes some 80 percent of users. Whether that’s a viable option can be determined via the Charging Pre-Check and the Home Check. If desired, the experts at the Porsche Centers can assist with selecting the most suitable charging gear, which is available for both standard household sockets and—if present—the 400 V grid.

Charging on the go
In ideal conditions, a charge on the go of up to 80 percent of the charge capacity will take about 22.5 minutes—made possible by 800-volt charging pedestals with up to 350 kW of output. In about five minutes enough energy for roughly one hundred kilometers flows into the lithium-ion battery (according to WLTP). Porsche Engineering has developed smart, lean e-pedestals that will carry the emblem of Porsche’s in-house, high-power charging parks.

A station will be available every 100 to 150 kilometers.

According to Porsche estimates, approximately 80 % of all charging procedures are conducted at home.

There are 7,000 CCS charging locations in Europe.

In the near future, electric charging will be available at 600 Porsche Centers worldwide.

With 800-volt technology, charging the Taycan's Performance Battery Plus takes 22.5 minutes for 5 to 80 percent state of charge (SoC) in the optimal case. 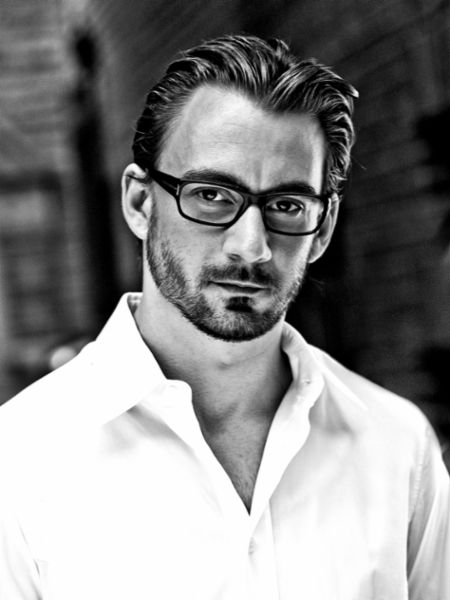