The party next to the track begins and will last through Sunday—garish, loud, and boisterous. In the pits of the GTE teams, however, the mood is decidedly more tense. Even the usually unflappable, highly decorated drivers are skittish. After the return of Porsche’s triumphant LMP1 teams, the attention has shifted unequivocally back to the smaller classes. Le Mans is the home of legends. Even losers join the pantheon there. So it’s no wonder that many large manufacturers flex their muscles in this most spectacular, most prestigious, hottest, and hardest of all the adrenaline-fueled contests in the automotive world: Ferrari, General Motors, BMW, Aston Martin. And Porsche. To mark the anniversary of the Porsche brand, which has shaped this race like no other for decades, the company drapes two 911 RSRs in historical colors. The design of car number 92 recalls the legendary Pink Pig of the 1971 running: Big Berta, the truffle hunter from Zuffenhausen. Like its porcine forebear, it has the loin, the snout, the ears, and other butcher’s cuts painted on. The other car bears number 91 and wears the blue-and-white Rothmans paint job from the 1980s. Stefan Bellof sealed his fame in that design, and lost his life in it as well.

It’s Wednesday evening and the first of three qualifying sessions is on the docket. The big bang that begins racing life each year anew at Le Mans. In the Porsche with number 91 sits former Formula One driver Gianmaria “Gimmi” Bruni of Italy as the first member of his squad, which also includes Austrian Porsche factory driver Richard Lietz and GT veteran Frédéric Makowiecki of France.

It’s Bruni’s tenth appearance at Le Mans—the thirty-seven-year-old boasts three class victories. Today, he’s driving for Porsche for the first time. He’s subject to intense observation. The team is watching intently; the competition always is. There’s only one fitting response: he has to stake his claim with a top time as quickly as possible. His Porsche 911 RSR is perfectly prepared—with 510 hp, new tires, and as little fuel as possible in the tank.

It’ll only be enough for four laps; he’ll have to do what’s necessary—distance himself from the others—in the two flying laps. And then, all of a sudden, it’s “all as if in a dream,” as he would recall later. “I simply caught the best moment.” On all three straightaways, he fortuitously enjoys the slipstream of other cars, which helps. Excess speed. The drivers all make way for him to pass at just the right moment. No one ever gets in the way; not once does a yellow flag force him off the gas.

Three times he picks up an extra 6 kmh or, as Porsche works out later, a total of 1.5 seconds. Teammate Makowiecki had gone into the day raving about the stupendous time of 3:48.000 that was reckoned possible here—a time well under the existing class record of 3:50.837 posted by Darren Turner in an Aston Martin in 2017. But when Bruni crosses the finish line, six numbers, a colon, and a period flash across the display like an exclamation: 3:47.504.

Witnesses hold their breath, because Bruni buries his car in the gravel of corner one just seconds later: “I guess I pushed it a bit too hard,” he says with a laugh about the now meaningless mishap. His praise for the car is effusive: “Only once, ten years ago, perhaps, did I have similarly perfect balance as I did today in this car.” In the race itself, number 91 is less fortunate—a safety car phase knocks the car back. Another Porsche pulls by and ultimately wins the race in the GTE Pro class: the Pig. 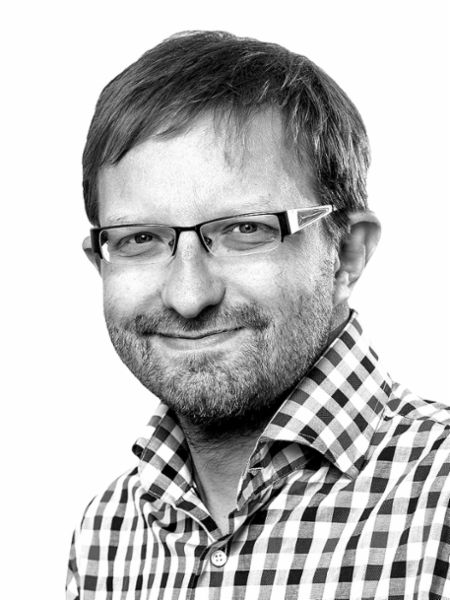 Journalist, author, and TV expert on the topic of Formula 1.