New York, 1965. Art critic Tom Wolfe, himself a style icon and likely the world’s first lifestyle journalist, alternately studies a color photograph and then the photographer. Horst H. Baumann stands stock-still, awaiting Wolfe’s comments in the Gallery of Modern Art. Baumann’s work, which portrays two-time Formula One winner Jim Clark in a Lotus (see below), is an explosion of green and yellow. The car is almost bending, hugging both the curve and the viewer. “That’s pretty close” is Wolfe’s final verdict, which perfectly describes the self-taught Baumann’s approach.

Being close, that’s his creed. Yet this proximity can’t always be measured in centimeters. Sometimes, as in Clark’s case, Baumann almost clings to the object. Risking everything. Feeling everything. Other motifs touch you through the immediacy of the moment, even though Baumann photographs from a distance.

Fifty years after the German student movement of 1968 first began, Baumann’s images also depict how the world of Formula One set itself free. The images he captured of the motorsport world were first published in 1965 in the cult book The New Matadors—out of print for decades, but now to be reissued in homage to the master of immediacy.

Race-car drivers are the new matadors. He portrays them luminously, directly, and in rich hues. But without the slightest hint of kitsch. Many of the images are reminiscent of the tonality of a watercolor. The viewer is ushered into a vivid but primarily romantic view of those golden years of car racing. The photographer, born in Aachen in 1934, was fascinated by the magic of the stands, filled with self-confident young women, as well as by the aesthetics of the racetrack. He composed the cars in motion for these painterly works—including the worn-out asphalt that the checkered flag is just barely clearing.

Magic moments: Baumann captures the immediacy of a moment like no other.

Born in Aachen, Germany, in 1934, the artist studied metallurgy, education, philosophy, and media. He earned fame as a ­photographer, designer, and light artist. His work has been exhibited at the former Gallery of Modern Art in New York and the ­Biennale des Jeunes in Paris. 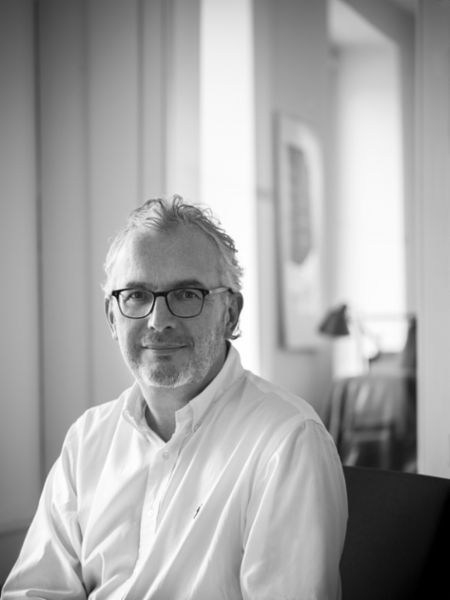