A little over forty years ago, the Porsche 928 revolutionized suspension technology—with the legendary Weissach axle.

New suspension designs are gaining ground. Suddenly the future for rear-engine cars looks uncertain. Porsche’s developers and decision makers are concerned. The 911, which has been on the market for nine years, is selling well and is a major commercial success. But the question is: how much longer will that continue? Voices prophesying the end of the car’s career cannot be ignored. Some people in Zuffenhausen even think that the 911 has exhausted its potential—mistakenly so, as it’ll turn out. 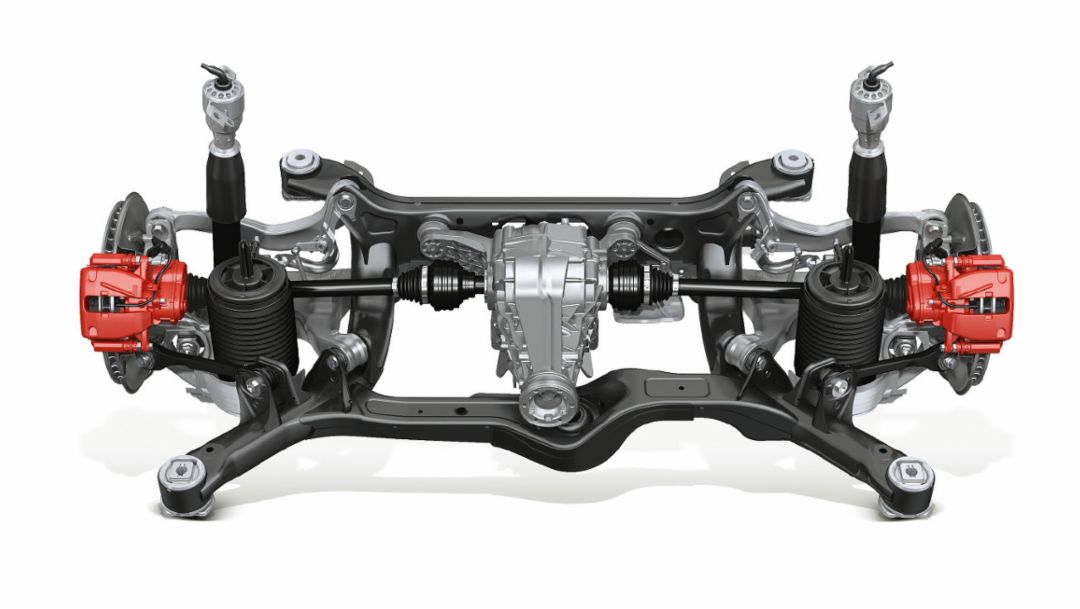 Momentous development:
Porsche wrote engineering history in many respects with the 928, especially with regard to its suspension. The basic principle of its so-called Weissach axle can be found in nearly every modern Porsche sports car on the road today.

In Zuffenhausen and at the recently opened development center in Weissach, work is already well under way on a successor—the 928. It’s the first Porsche with a front engine: a 4.5-liter V8 assembly with 240 hp. For purposes of weight distribution, the transmission is located on the rear axle and connected to the engine via a longitudinal shaft in a rigid central tube. Known as the transaxle principle, familiar to many from the Porsche 924, this isn’t the only technical innovation to debut with the futuristically designed 928 in 1977. The car also sets new standards in drivability. The Weissach axle is a “revolution in suspension that’s still the basis of our work today,” says Manfred Harrer, director of suspension development at Porsche.

The Weissach axle—which stands for Winkel einstellende, selbst stabilisierende Ausgleichs-Charakteristik (angle-adjusting, self-stabilizing equalization characteristic)—allows Porsche to solve a problem that’s both fundamental and pressing. Higher racing-oriented performance levels and an increasing number of tires that allow faster speeds in curves are prompting more drivers to hit—and sometimes exceed—their limits. Seemingly respectable family cars are suddenly being referred to as “widow makers,” and sports cars have the reputation of being “for men only”. Drivers who enter curves at high speeds and take their foot from the gas have to countersteer immediately to prevent the rear of the car from fishtailing. Ralph Nader, who will become one of the world’s leading consumer protection advocates, publishes a widely read book in 1965 entitled Unsafe at Any Speed. Cars suddenly find themselves in the firing line.

The first prototypes of the 928 also suffer from unstable self-steering tendencies. This is because lateral forces in curves cause the outer rear wheel to switch to a positive track, as if a person’s foot were turned out. What’s almost even worse is that releasing the accelerator during a curve causes a frontward shift in the car’s center of gravity, which lowers the load on the rear. Not only that—the effect of the engine drag torque on the wheels causes them to turn slightly outward. In right-hand curves, for example, the greater load on the left rear wheel will cause it to turn to the left, meaning that the wheels turn somewhat toward a “toe-out” position. The car oversteers when releasing the accelerator in curves.

The Weissach axle didn’t make the 928 any faster in curves, but it did make it much easier to handle.

Porsche’s Hans-Hermann Braess and Gebhard Ruf endeavor to find out how to counteract this tendency. They study new axle designs with a special focus on so-called elasto-kinematic elements. In simple terms, these are the rubber bushings between the axle components and the suspension. If they compress more on the front suspension points than the rear, and if this effect is supported by suitably adapted axle kinematics for accelerator release, then the goal can be achieved—the wheel will be pointing “toe in.” In other words, it’ll turn in accordance with the curve and stabilize the rear axle. Not exactly a simple matter. “Engineers had already understood the theory behind this phenomenon back in the 1950s and 1960s,” explains Harrer. “The challenge was putting it into practice. At the time we just didn’t have the IT power or simulation systems that would’ve let usmake targeted track changes to the outer rear wheel.”

A meticulous development process is launched under the direction of Porsche engineers Wolfhelm Gorissen, Manfred Bantle, and Helmut Flegl. It includes working with what today might appear to be strange test objects—an Opel Admiral outfitted not only with the suspension components of the future 928 but also with a second steering wheel in the back seat. Bantle sits in front and drives while Walter Näher, who will later make a name for himself as a racing engineer, sits in the back and simulates the effect of the change to the “toe-in.” Their efforts show that even slight angles are sufficient to stabilize the handling. But these have to be extremely quick—within 0.2 seconds—to achieve the desired effect.

Their painstaking adjustments pay off. “The Weissach axle suddenly gave the 928 much more stable self-steering properties because the car no longer oversteered,” recalls Frank Lovis, who was a test driver for Porsche at the time. “It didn’t make the car any faster in curves, but it did make it much easier to handle, especially for average drivers.”

Harrer, too, finds it difficult to overstate the importance of the Weissach axle. “This pioneering work laid the foundation for modern axle kinematics, which have been continuously refined by Porsche over the years.” The fully developed axle arrived in the modern world when it first appeared in a Porsche 911, namely, the 993, where it could handle not only longitudinal but also lateral forces.

“We have a much more advanced understanding of material properties these days,” remarks Harrer. Rubber bearings are now elastomers: high-tech components with sophisticated chemical engineering and precision properties that have long since acquired progressive paths and whose enhanced damping qualities provide much greater suspension and acoustic qualities—throughout the car’s entire service life.

Development work continues, in part because the benefits of the Weissach axle are constantly being adapted to new vehicle concepts and more compact installation spaces. These include SUVs like the Porsche Cayenne and Macan and sports sedans like the Panamera, not to mention the fully electric sports cars of the future. The technology has also long since acquired active elements, like the active rear-axle steering in the current generation of the Porsche 911, which makes the classic car even more agile, stable, and drivable. It also includes regenerative braking systems, which Harrer expects will see “further dynamic breakthroughs” in the near future. For the next technological milestones are already in sight, such as car bodies that share information electronically with other vehicles in order to warn them of road conditions like unexpectedly slick surfaces on curves. Or electric drive systems that further enhance vehicle agility levels by means of targeted torque vectoring to individual wheels.

Despite all the electronic and active suspension control systems, there’s one thing Harrer doesn’t want to change. “Our cars will always have systems that balance out the axles. But thanks to modern simulation technologies, we no longer have to try out twenty different stabilizers, but maybe only three.”

However, the final touches at Porsche will not be made by technical systems. Test drivers’ experience, skills, and subtle discernment will continue to play a crucial role in the future. 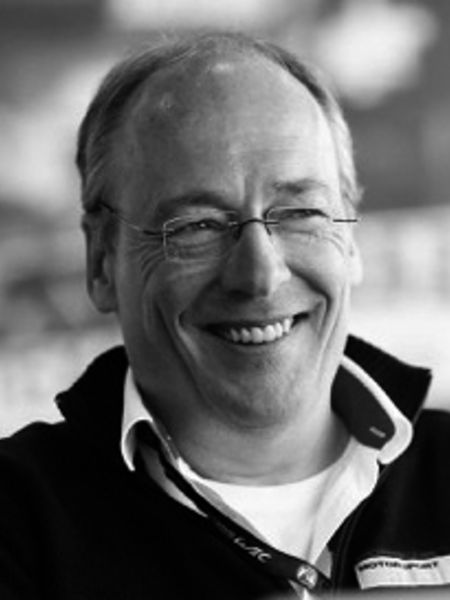