Austrian Benjamin Karratsch secures the pole position at the 24 Hours of Le Mans. The 13.629-kilometer circuit in northwestern France has already had induction infrastructure in place for three years—a pioneering achievement at a time when the global effort to equip racetracks with end-to-end electromagnetic fields is still in its infancy.

The entire field of starters consists of electrically powered cars. Five manufacturers, including Porsche, are vying for the win in the most powerful category, the autonomously driven Le Mans prototypes of Class 1 (LMP1-A). But Porsche also competes in the LMP1-HS (Homo sapiens) class, for research purposes. The disadvantage of Karratsch’s 925 E: the surplus weight added by the driver, controls, and requisite safety apparatus. With Karratsch’s jockey-like weight of just fifty kilograms and the energy-absorbing, lightweight macromolecular suit, the handicap comes to just one hundred kilograms—exactly the ballast that has to be added in the interest of fair competition. In spite of the virtually equivalent start conditions, all five LMP1-A cars sit atop the standings after the rain-drenched first qualifying session.

This qualifying session is the last time that a human prevails against machines.

It’s already dark when the second, and final, qualifying session begins. The track is dry; the lap times from the day before are all but meaningless. Karratsch sits in third position at the pit lane exit, with two LMP1-A cars in front of and behind him. Heating up the tires during the warm-up lap, the tail sensors detect nothing but the black of night. Karratsch radios in, asking where his competitors are. “Safety alarms 1 and 3 triggered, no clearance, both back in the pit” is the encouraging reply to the twenty-two-year-old on the track. Position three on the grid—at least—should be possible now! First chicane, Dunlop chicane, Tertre Rouge. Pulling out of the corner, a massive bolt of torque measuring just under 2,000 N.m catapults the all-wheeler onto the Mulsanne straight. The car reaches 352 kmh. Then the unforeseeable happens: just before the second chicane, a fox runs onto the track. The thermal imaging camera in the leading LMP1-A detects the animal and emits the command “evade at all costs.” When the fox spontaneously changes direction and the electronics dictate another evasive maneuver, the robot hits the curb unfavorably with the right rear wheel, spins out, and comes to a stop facing backwards. In the headlights of the second approaching LMP1-A, the stunned fox now stands at the right approach to the chicane while the left is blocked by the spun-out car. As the car’s electronics seek the safety of the grass, the car grazes the guardrail in a shower of sparks. When Karratsch reaches the scene, the fox has fled and the approach to the chicane is all clear. The LMP1-HS crosses the line in the evocative time of 3:11.911. This qualifying session is the last time that a human prevails against machines at Le Mans. Over the entire race distance, however, Karratsch doesn’t stand a chance. 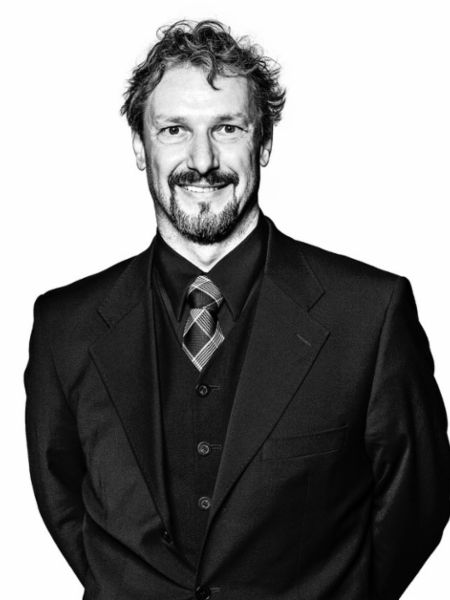